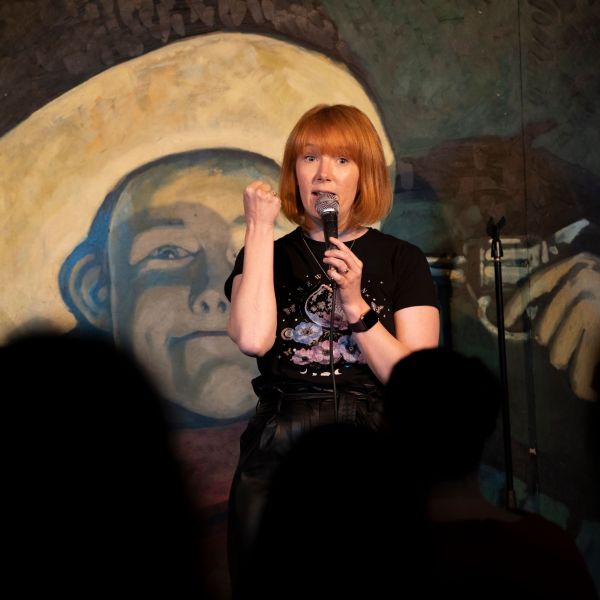 After a quarter-century, the cowboy has earned the right to lower his arms.

A piece of comedy history, it’s only right that the famous stage backdrop gets its own show: An unprecedented Stand auction slap-bang in the middle of the Edinburgh Festival Fringe.

Hosted by Fred MacAulay, the auction will be a chance for the highest bidder to walk away with the dismounted backdrop.

It will start at 5pm at The Stand Comedy Club. It is free to attend – with bids in-room, online and over the phone.

Replacing the cowboy will a new painting by its original painter, with the trademark image, just without the gun.

Proceeds from the sale go to a new initiative with local primary schools to encourage young people to write and perform comedy and get a chance to perform on our stage. The project will be led by long-time resident comedian Jay Lafferty (Breaking the News, Scot Squad) and follows a recent trial event with Carnock Primary School from Dunfermline.