I’m playing fantasy Stewart Lee . Now known for ‘curating’ events as much as headlining them, our Stew is the person I want to be. I want to be friends with Kevin Eldon, read more comics, and cast the next series of ‘The Alternative Comedy Experience’ – by far Comedy Central’s finest 22 minutes a week. 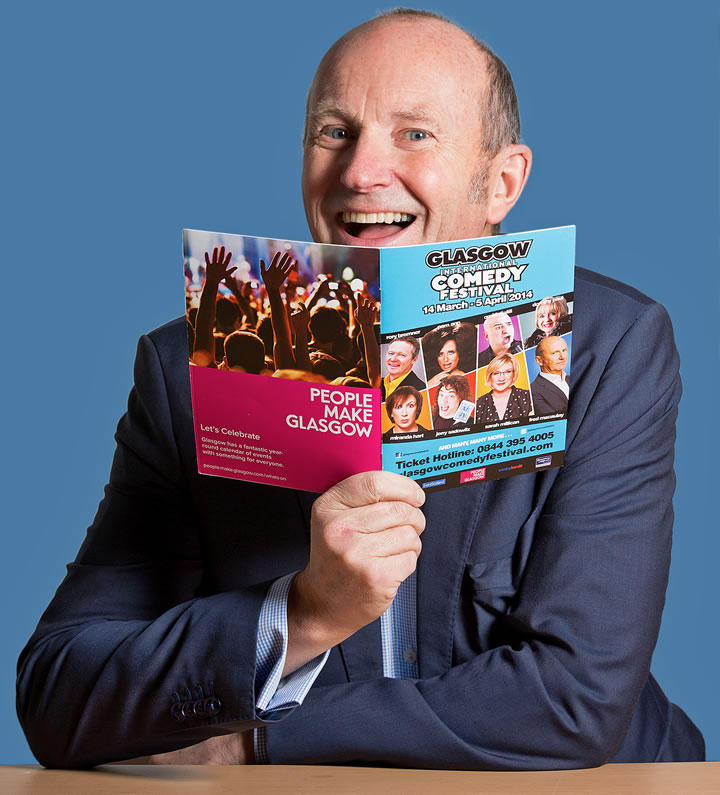 Season two of the show will be airing shortly. The names below constitute my pitch for season three. I’ve been trawling the Glasgow Comedy Festival website and come up with eight alternative Scots that deserve to get on the telly more often.

Current queen of comedy Scots is Susan Calman, the cheeky wee satirist with a big heart. Frequently guesting on ‘Radio 4’s News Quiz’ she’s sharp and intelligent – and in Glasgow, already sold out. If you have a ticket already you’re in for a real treat.

The media variously describe David Kay’s act as esoteric, surreal and deadpan. Yet to me, Kay’s on stage character is a pretty accurate depiction of a favourite Scottish grandparent, gone slightly loopy, reminiscing over tea and scones. Amazing given that the comic is in his 30s. His slow burning riffs are some of the most quotable around. A very funny fella.

There are one or two Scots that probably aren’t huge fans of JoJo Sutherland’s comedy, but only members of her own family. She once confessed (we were both very drunk) that she secretly adores her kids and that her (very good-looking) eldest son isn’t really gay. No matter, JoJo takes her own family’s unfortunate foibles and gently shreds them in front of a live audience to hilarious effect.

Charlie Ross is hard to pigeonhole. He’s so good I once rather extravagantly proclaimed him to be the future of gay comedy. He’s caustic, but not catty, he’s an intelligent wit, and a purveyor of popular culture. He’s a one off. He’s very funny. He’s a Rangers supporter and a Doctor Who fan. And perhaps the future is now.

My mum wouldn’t watch ‘The Alternative Comedy Experience’ as there’s too much swearing. (She’s probably more in to Tom O’Conner). And she would certainly hate Scott Agnew, whose routine on fellow Glaswegian’s passive swearing a couple of years ago had me laughing so hard I got hiccups. There’s a brutal but warm honesty about Agnew’s performances. And by the end of his act you might just have fallen in love with him.

Nancy Clench is my wild card – in several senses of the term. The seven foot tall drag queen creation of local lad Nathan Sparling, Clench can usually be seen plying her trade across the nation’s gay bars. She big, tough and absolutely filthy. Properly old fashioned rude. An unknown compared to everyone else in this list, you can glean all you need to know from the title of her Glasgow Comedy Festival show, ‘Nancy Clench: What a Cunt’.

Hardeep Singh Kohli is possibly best known to you as a chef. He also pops up on the radio more often than Ed Grundy. Racists may point out that he’s not strictly Scottish – according to the (n)ever reliable Wikipedia, he was born in London, moving to Glasgow at the age of 4. Well haters! I moved to Edinburgh from England at the ripe old age of 21, and I’m as meltit as you can get. Apart from the accent. And the bagpipes (filthy racket). Hardeep’s appearing at the Glagow comedy Festival as part of his UK tour.

Finally, to the gangster’s moll turned author turned comedian, Janey Godley. Her podcast, broadcast weekly with her daughter and fellow comedian Ashley Storrie, is a genuine treat and would certainly find a home on Radio 4 if the commissioning editors had any balls. It can get a bit sweary, as can Godley’s stand-up. But it’s honest, hilarious Weegie comedy at its very best. Watching them together is just as big a treat.

So there we are, the Scottish Alternative Comedy Experience. A nation whose comics punch way above their weight.

Fringe 2021: Show registration set to open in May.