Ellis & Rose are bringing a show to Edinburgh entitled Jim Davidson’s Funeral. Gareth Ellis kindly interrupts his holiday to speak to Martin Walker about the death of the Edinburgh Festival Fringe.

Thanks for interrupting your holiday to speak to me.

“It’s a pleasure. I’m away in Morocco… and I’ve got to learn the script. I’ve got it with me and I haven’t looked at it.”

How long have you worked with Rich Rose?

“We’ve been a double act for, I think, two and a half years now. We write separately and then edit together.

“We went to Goldsmiths University together but we didn’t meet. We actually met a year after we graduated at a house party and then wondered why we had never me before.

“My degree was in drama. When I left university I went into character comedy. Then I started with the double act when I met Rich.”

Describe your act to anyone who hasn’t seen it?

“He is the buffoon who thinks he’s a genius. And a bully. I’m a childlike idiot who undermines him.

“Rich wrote a five minute script. It was a pitch on behalf of a charity asking the audience for money. The charity was called, How Do You Sleep at Night? We were selling pillows stuffed with hair shaved from orphans to raise money. Within that script were the two personas that we have now. My role as evolved ait. I’ve become stupider and more bouncy.”

“I was very sad when Rik Mayell died. Bottom is the closest double act to us in terms of the dynamic between the pair. Not the violent slapstick elements. I used to watch the (18) rated VHS videos of Bottom when my parents were not looking.

“I like a lot of stuff that’s not like us at all, like Mitch Headburg and Chris Rock. I hate sketch acts. It’s mostly trite and hack, too many familiar set-ups.”

So tell me about your Edinburgh Show.

“The show is called Jim Davidson’s Funeral. It sounds like a dark title but it’s not a dark show, at least not for us. Maybe our sense of judgement is a bit warped. It’s a funeral in the satirical sense.

“We don’t wish Jim Davidson ill in any way. We don’t want him to die. And frankly, if he did die before the show happens that would look bad on us. So please Jim, stay alive for a little bit longer…”

Are you going to go and see Jim Davidson’s show?

“I’m not going to go and see his show. No. The script is written. We don’t want to be worrying about what he actually says on stage. I don’t think that matters.”

Jim did message me when I mentioned I was interviewing you. He said he doesn’t like comics to have a go at other comedians, but he wishes you all the best.

“We don’t really take hits at other comedians. Having said that I’d happily take a swing at Stewart Lee. In fact, Stewart Lee is next if anything. Pretentious rants on BBC2 for Guardian readers and middle aged liberals. ‘Aren’t all the people who read the Daily Mirror stupid?’ We could easily do Stewart Lee. Why not?”

So why pick on Jim Davidson, especially since you’re not going to see him perform. Aren’t you criticising something you haven’t seen?

“Our show is really a funeral for the Fringe. It’s kind of a roast of the Fringe, taking apart what people don’t like about the Fringe, but delivered in the style of what we do as a double act. We’ve got some great guests.”

“Well he can come. But we won’t have him on stage. He wants all the glory for himself. That’s why he dumped Richard Herring. Come on. I’ve met him a few times. He’s actually a nice guy, but cheer up Stewart! People will lap up anything he does now.”

Final question. If you were curating a TV show, what would it look like and who would be your guests?

“It would be like Late Night with Jimmy Fallen with a chaotic double act hosing it.

“I’d love Marty Feldmen, Tommy Cooper, Franch & Saunders, Andrew O’Neill on with his band – he loves his metal and he’s very clever man. Doc Brown too. Why isn’t he on TV?” 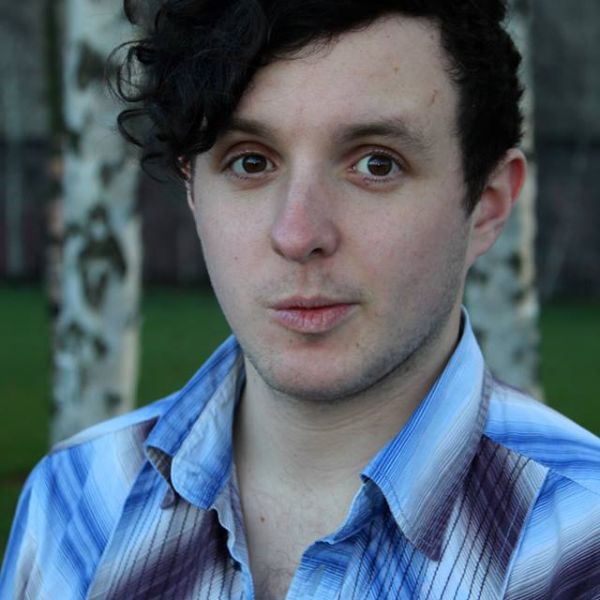