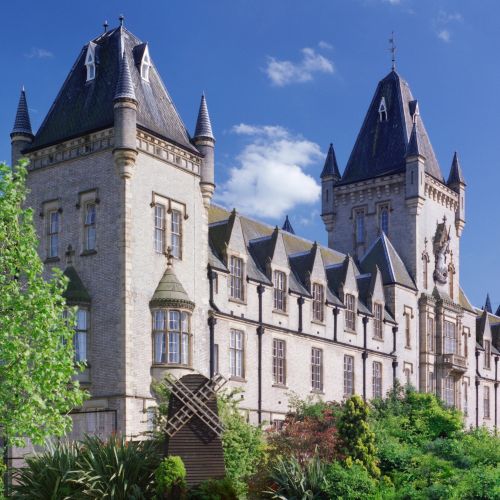 Le Gothique is situated in the Royal Victoria Patriotic Building.

The building opened as an orphanage in 1859. It later became a hospital, then a MI5 interrogation centre during the Second World War. In 1955 it was turned into a school.

Today it contains flats, offices, and the Le Gothique venue and restaurant.