MY GOODNESS is my attempt to suss out what it means to a passable human being. In the show, I present a handy self-examination by which you can determine your own personal good-ness. It’s also a bunch of dirty jokes, ill-informed political opinions and embarrassing personal revelations.

Pre-show rituals are mostly superstition and affectation. For a while, I would always have a Maker’s Mark on the rocks before a headlining set—I told myself that it got me “into the zone”. Then one night, after a really great show, I realized I’d forgotten to have my special pre-show drink and it suddenly seemed very pretentious. I still love Makers Mark—before sets, after sets, sometimes during. But that’s an altogether separate issue.

Well I’ve never had a bruise I didn’t feel the insatiable urge to poke at, so I don’t think I’ll be able to help myself. As you may know, comedy reviews aren’t really a “thing” in the States. Over here we’re treated like party clowns and prostitutes—just give me my jollies and go away, please!

This feels like a test. There’s a reviewer reading this right now, isn’t there? If so, I think YOU are wonderful and insightful and probably very attractive, sexually!

Honestly, I try my best to read criticism as dispassionately as possible. I’m probably more prone to believing the negative stuff than the positive stuff. But at the end of the day, I can only strive to be a better version of myself—and even then, I’m not going to appeal to everyone. I consider myself a Man of the Persons.

By American standards, he certainly hasn’t committed a criminal offense. But I don’t know the minutiae of UK speech laws.

That said, every second spent talking about this dude is a wasted one. Was levying a fine wrong? Sure. But on a list of things that are “wrong”, the travails of some dude named “Count Dankula” are so far down, they’re beyond the vanishing point. You can tell a lot about people by the injustices that animate them. If this is the hill you’re determined to die on…maybe it’s time to re-evaluate a few things.

Of course not. But I do think that some topics have a higher degree of difficulty. And what I’ve observed is that most comics who bill themselves as “politically incorrect” operate from a place of laziness. They don’t actually have anything new to say about race or gender or culture—they’re just repeating the Greatest Hits of whatever stereotypes people were laughing at 30 years ago. They get laughs, but they’re the laughs a child gets for farting in church.

Sure. A lot of comedy comes from trying to muddle through a complicated emotion, and you don’t always get it right the first time it comes out of your mouth. But I quibble with the term “too far”. Too far for whom? There are people who look for offense in everything—always have been. But social media makes them more numerous and influential than they actually are. Most audiences just want to believe that your primary goal is to be funny—and maybe, just maybe, reasonably insightful! So if I’m taking on a sensitive topic and audiences aren’t responding, that tells me I haven’t found the right “in”. I certainly don’t think it automatically makes me a free speech martyr.

Still waiting on it! 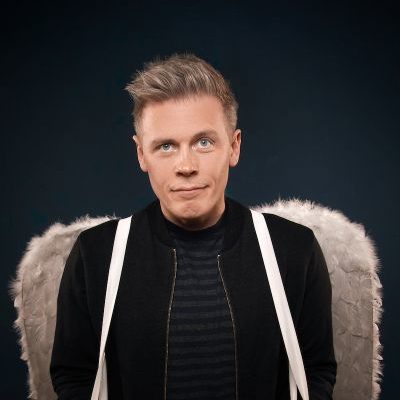