Tell me about Nathan Mosher is Injured

Ever since I watched Demetri Martin’s Perrier Award-winning solo show, If I, at age 17, on BBC, I always dreamt of developing an autobiographical multimedia one-man show and taking it to the Edinburgh Fringe. Through a series of tumultuous yet life-changing events, I now have the story to tell.

My show, Nathan Mosher is Injured is a compilation of jokes, songs, and poems about a romantic breakup, a mental breakdown, and a spiritual breakthrough. It’s my debut solo show, and I chronicle a failed relationship, a year-long bipolar depressive episode, and recovery.

Following the immediate downfall of a high-flying relationship, my rapid descent into mental agony took me from hospitals to treatment centres to residential facilities, and ultimately recovery. Along the journey I engaged with my parents’ past, my struggles with religion, identity, relationships, high school bullying, and my immersion into the world of stand-up comedy, a place where my worlds converged and collided. My show is a blend of genres and storytelling mediums as I deliver my story through stand-up, songwriting, and poetry, displaying my affinity for rhythm, rhyme, and the power of the spoken word to heal.

The show also contains music from my debut EP, Nathanael. The six tracks are an attempt to showcase my versatility as a singer, songwriter, producer, poet, and lyricist. It was my best attempt to soundtrack the grieving process while celebrating the humanity of suffering. With world-class composer, engineer, and my personal mentor, Tom Bajoras at my side, I felt as if there was no feeling we couldn’t express, no sound we can’t uncover, and ultimately, no experience we couldn’t overcome.

I’ve always wanted to perform in Edinburgh, as I said before. When I was 19 years old, my friend was on the phone with me talking about our goals in comedy. He asked what mine were, and I said, “To not suck at comedy”. I wasn’t very good, or so I thought. But I racked my brain and realized the only tangible, attainable, and consistent goal I had ever had was the one detailed before, to do an autobiographical one man show at the Edinburgh Fringe. And so I began planning. I did a half hour my junior year of college, then an hour, invited lots of friends out. Then after college I thought I would move to New York, develop the show and then do the Fringe.

Then I fell in love, moved to San Francisco, fell out of love, went through a mental breakdown, got better, was about to sign a contract to do the Fringe at last, as I had the story now, and lo and behold the world shut down.

All of it couldn’t have been more of a cosmic joke, poignant message, and gift so that I could do it now and be better poised to make the most of it, and to make it mean the most.

Leonard Cohen, James Baldwin, Kurt Vonnegut, Yanis Varoufakis, Dave Chappelle, Hasan Minhaj, Mike Birbiglia, Chance the Rapper, Nipsey Hussle, anyone who has done anything different in the only way they know how, my friends, my family, anyone who survives, anyone who keeps going.

Inspire means to breathe life into. Anyone who continues to choose life is an inspiration as long as they don’t keep their life to themself.

I have way too big of a list to say off the top, I have so many circled in the program, as well as friends from the states who are here with me. I’m hopefully after every show going to be shouting out different shows.

Hey Nathan, what do you think you will learn from this?

I think I’ll see how far I’ve come and see how remarkable it is that I’m still walking, and above all, how much more I will get hurt in the process, only to put on a brace, change my gait, and move on. 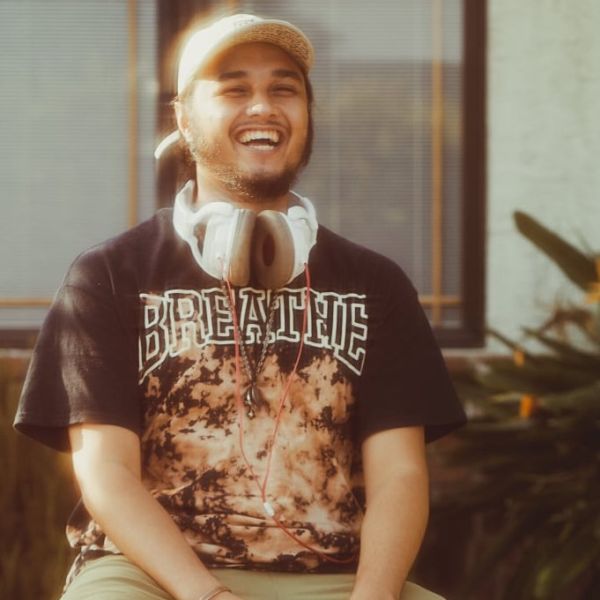