It’s a 50-minute, one-person comedy show about my life as a Peruvian immigrant to the United States. The show has sketches, songs, and monologues, which show real and fictionalized experiences I’ve had—good and bad.

What is the attraction of performing at the Edinburgh Fringe

I wrote this show four years ago because I wanted to tell my story about being an immigrant now living in the US. It was a cathartic release to put all of the good, bad, weird, and fun things that have happened to me since I moved here into a comedy show. After its first run in a small black box in Washington DC, I started researching about Fringe festivals, and of course the number one place was the Edinburgh Fringe. It has so much prestige. And here I am, four years later, after several sold-out runs and awards in Washington DC and New York. I’m truly excited to get to perform this very personal show to a full new audience. I’ve heard incredible things about Edinburgh. During the pandemic I performed comedy shows with people all over the world, including people from Edinburgh. I cannot wait to see them in person.

When I was a kid I was inspired by a Mexican comedian named Chespirito. I always watched his shows, and the way he would play different characters was something that amazed me. When I moved to the US one of my first inspirations was definitely Hasan Minhaj. I was thrilled to see an immigrant comedian like me talking to an American audience about his journey. I also loved how he uses a projector on some of his shows. In my show, you’ll get to see a bunch of characters telling the story of how it is to be a millennial Peruvian Latino living in the US, and there are some personal slides/videos on a projector that will make the show feel very special.

Yes. That’s another reason why I’m so excited to be here. There are so many incredible shows. From the top of my head, I definitely want to see Chris Gethard, Baby Wants Candy, The Thing, and Spontaneous Potter. The list goes on!

Why did you decide to write a show about your personal experience?

Being vulnerable in front of an audience is not easy. Nonetheless, I enjoy doing it because I get to show the real unapologetic me: ‘Hi, I’m a Latino guy who has lived most of his life in South America and now I live in the US and wow, there are some big differences.’ But we also have so many things in common, and that’s a great message. We all have felt like an outcast at some point in our lives, and it’s a wonderful thing when you embrace your uniqueness. That’s what makes everyone special. 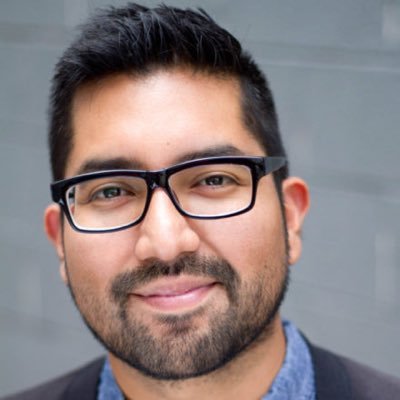