For his first solo stand-up hour, Barry Ferns invites you to The Barry Experience. He won the Malcolm Hardee Award last year for distributing realistic but fake copies of the Broadway Baby and Three Weeks reviews sheets, containing five star reviews of his show. What does he have planned for 2014?

“The show is a journey into the world of Barry: a life confused, at odds with the world, struggling to make sense of an ever baffling planet – essentially the life of most people called Barry. It’s my first hour long show at the festival – after a few years of coming up and doing crazy things like performing a gig on top of Arthurs Seat every day, doing a sketch show with pensioners, and generally causing trouble – last year the Scotsman said of me ‘The man is a menace, and can’t be kept down’.

“This year I’m going straight and doing a proper, fun, slightly more conventional hour of stand-up comedy. The previews have made people feel that they’ve Been Barried, so perhaps people should prepare themselves for that. In more ways than one, this show is an opportunity for audience members to come and laugh at someone less fortunate than themselves.”

“The free model that the Laughing Horse festival runs is brilliant. I would pretty much choose it over any of the paid venues. It’s a lovely experience – it’s just great to be able to offer the audience a fair deal and come up to the fringe with a spirit of fun, rather than profit.”

Any plans to go into publishing again this year?

“Absolutely. Last year I made fake copies of your brilliant review sheet, as well as Three Weeks as you know – because you tweeted some of the fake reviews very kindly! This year I will be publishing my own version of The Times – I will dress as Rupert Murdoch, and I will be listening into people’s phone calls in cafés.

“Last year I won the Malcom Hardee Award for that shenanigans. This year I plan to win the Pulitzer Prize.”

Tell us about the comedy club in London, Angel Comedy.

“Angel Comedy is the 7-night-a-week comedy club I run in London. We’ve had Russell Howard, Dara O Briain, Tim Vine, and Richard Herring on as well as loads of other acts, Eddie Izzard even came along to watch one night. It’s a free club, and it’s packed out every night – mostly because I care too much about making it a good night every time – I don’t treat it like a free gig, basically.”

“Without doubt I would put on Louis CK, Bill Burr, John Gordillo and Russell Brand. Just to see what the hell would happen if you got them all into the same room. I would think about putting Johnny Vegas on as well, but Jonny Vegas circa 1999 – all shouty and aggressive. 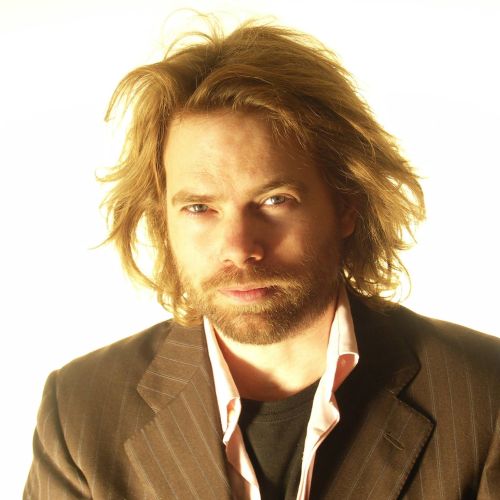