My show is a history of the US Presidents in story and song. I share strange and interesting facts about the men (ugh, yes, all men) who have held the highest US office and connect them with popular music.  It combines the two things I love the most, music and arcane trivia that no one should know. Ever since I was little I’ve been obsessed with the US Presidents; some girls were into the Spice Girls or horses or Pokémon, and I would miss recess to read books about Abraham Lincoln.  Even for an American, this is strange behavior. If you’re wondering, I didn’t kiss a boy until I was 17!

We have this thing in America where we elect a specific person to be President; yes they represent the party but most of the time we’re voting for the PERSON who is running. It’s a wild way to run a country. And what has always interested me is what kind of person decides they’re special enough to be the leader of an entire nation. Turns out, most of them aren’t very special at all, they’re just really really strange. Teddy Roosevelt had a pet hyena. Calvin Coolidge liked to start his day by getting Vaseline rubbed on top of his head. Jimmy Carter went on record as seeing aliens. These are not normal men and we’re just like “yeah sure put them in charge of our large standing army.” This show charts just how weird they are and why I’m so attracted to them. I’m not well in the head.

As a student of history, what’s more important – factual accuracy or the punchline?

Great question! In the history-comedy community, which absolutely exists and is not just me and three other people, we talk about this a lot. It’s shocking how often the facts themselves are the punchline; life truly is stranger than fiction. I mean President Gerald Ford liked to blame his loud and frequent farts on his Secret Service men. That’s not a joke, that’s a fact. I dig deep to find other hilarious facts like that, but sometimes you do just have to go with the punchline. A lot of times something is funny as a one-liner but once you start adding in context it gets less so. I’m thinking right now of President Martin Van Buren, and his omission of his wife Hannah from his 818 page autobiography. I make a joke about also loving men who ignore me, but in reality, Van Buren omitted Hannah because she had died, and he was so devastated by her passing that he couldn’t speak her name. Not quite so fun to joke about!

You’re a Fellow of the Witness Institute. Tell me about that.

The Witness Institute continues the work of Nobel Peace Prize winner Elie Wiesel, the Holocaust survivor and renowned author of the book Night. Professor Wiesel thought of himself as a teacher first and used the humanities and literature to examine the big moral questions of human existence. You know! Light stuff!  As a fellow I am part of an international interdisciplinary cohort that meets monthly to learn about Professor Wiesel’s interests and methodologies and then to put them into action in our own work. My show at Edinburgh has changed significantly thanks to our monthly meetings and readings. Professor Wiesel was unafraid of complexity and paradox especially when it came to art. And for someone who lived through the most horrific event of the 20th century, he had a wonderful sense of humor. For me that’s translated into being more comfortable living in the grey area of comedy and history.

Tell me about The Play That Goes Wrong.

I am so lucky to be part of the Mischief family! I’ve been with the TPTGW New York company since 2019 and am so grateful that we returned post-pandemic. The first performance back was a night I’ll never forget, I mean, hearing people laugh in the same room?! We hadn’t heard that for a year and a half. And it continues to bring so many people so much joy during these really turbulent times. I’m an understudy so I get to cover a few different parts which is great cause I’m a Gemini with multiple personalities. Plus, the Mischief company is just a stellar group of folks. Jonathan Sayer and Henry Lewis were so helpful in teaching me the ropes of the Fringe, and Charlie Russell is debuting her solo show this year too. I’m so excited to see their shows at the Fringe this year!

What President would you like to go on a date with?

Let’s just take Lincoln, Obama and Washington off the table (because duh of course those are the top 3: they’re so tall, funny, and hot). If I were going off looks alone, it would be Rutherford B. Hayes. I mean do yourself a favor and look him up when he was young, he’s a total smoke show. But I think for an all-around package deal I would choose James A. Garfield. Garfield was so smart he went from janitor to President of his college in 5 years. He gave a speech at the Republican Convention trying to get his friend nominated but his speech was so good he got nominated instead. Also, my dude had piercing blue eyes. Like Cillian Murphy level blue. 10/10 would take on a date and then take him home. I hope my parents don’t read this. 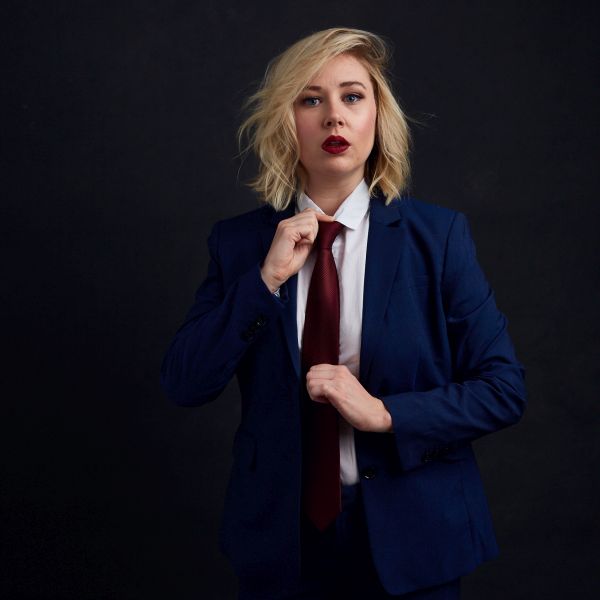