Hi Marcia and Jake, tell me about your 2022 Edinburgh Festival Fringe show, Man and Woman

Man and Woman is the story of two absolutely insufferable theatre types who have written a show they believe is quite profound & empowering to women. Although the show was mostly written by a man, about a man … and also about the woman who loves him. The show begins with our two main characters welcoming the audience to the premiere of this play. Once the play begins, the audience quickly picks up on the tension between the two writers/actors and realizes this show will in fact be a disaster.

It looks like quite a complicated set up. How hard is the script to keep track of?

It’s a show within a show, so explaining it is always a little tricky, but when you see it on stage it is very straightforward and punchline heavy. We’re parodying theatre tropes and the self-seriousness of theatre, so audiences tend to get it pretty quickly. In terms of us as actors, keeping track of the script is much easier and more fun than any other show because it’s 100% ours and we get to shape it and add to it every show.

You’re in Edinburgh following a sell-out run Off-Broadway. What have the crowd responses been like?

It’s been really amazing to talk to people after the show because it is sort of a complicated show to describe, so having audiences really connect with it has been amazing. To have people be like “OMG, now I get it!” and give them a laugh about how ridiculous male-centred storytelling and theatre can be. With people who grew up in theatre or who see a lot of theatre, there’s an extra sort of catharsis that’s really fun. So, overall, the crowd responses have been wonderful. Which is a relief especially when you write a show that may seem “out there” to people at first. Like, ok…we’re not crazy. Hopefully…

You are both Brooklyn based stand-up comedians, writers, and actors. How did you meet and what made you decide to work together?

We became good friends during the pandemic, actually! We had both been working as comedians in different circles in New York and never really ran into each other. In June 2020, we were introduced by a mutual friend and found out we lived on the same block and started hanging as a pod on Jake’s roof. So, it felt more like we were college friends because we had never really interacted as comedians. The show concept came about when Jake posted a TikTok called “Heterosexual Male Monologue” that Marcia kept pitching new jokes on. She wondered what the female equivalent of these horrible theatre monologues we all were forced to do would be. Eventually we decided to make it a full show about the gender dynamics we’ve seen played out on stage time and time again.

What changed most about the show over the New York/LA run?

Every time we do the show we instantly have a dozen ideas to make it better. Every show has a few more jokes than the last, a few new beats or moments that make us and the audience laugh. And it keeps it really fresh for both us and them. That’s what is so exciting about Fringe for us is that every night the show will have something a little new that we discovered the night before. 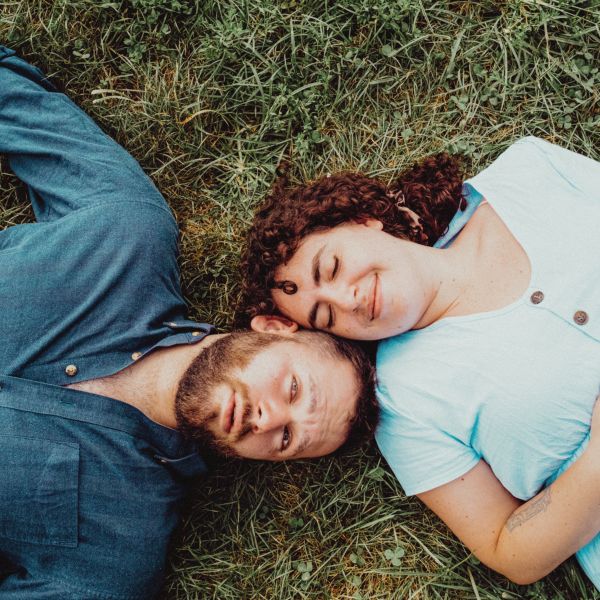