Martin Pilgrim works in a Bristol Post Office. His online dating profile says that he is a stand-up comedian. Martin Walker asks about his 2014 Edinburgh Fringe show.

“It’s called Diary Farmer and it’s a mixture of storytelling and conventional stand-up. It’s basically three extended stories tied together with some jokes and a bit of music. It also features a cumbersome easel that I’ve grown to hate.”

“They seem like nice people and they have fire in their logo. They also offered me a brilliant venue and timeslot. I wanted a midday show because I’ve realised that my stuff works best when the audience are in the melancholy stage of a hangover.”

So, for you, is Stand-Up Comedy a career choice or a calling?

“I would like to think of it as a calling, although obviously there’s an element of ambition there too. I work full-time in a Post Office and I quite like the effect that a mundane daily routine has on what I write. I think that if I found myself in a position to make a living solely from comedy, I would struggle to fill my days, and my material would suffer as a result. Comedy is my hobby and my entire social life, so getting paid to do it would feel a bit weird.”

“When I started out five years ago I did what a lot of new comics do and tried to be as shocking as possible. I imagine that I went ‘too far’ on a number of occasions but fortunately none of these incidents were caught on film. Nowadays I don’t do anything remotely edgy but I might sometimes go too far in terms of honesty. I don’t offend people but I sometimes worry them to the point that they take me aside afterwards and ask if I’m OK.”

“All my friends from the Bristol comedy scene. There is so much talent in this city at the moment. I hope that 2010’s Bristol will come to be associated with comedy in the same way that 1990’s Bristol is associated with trip-hop. I’m currently trying to organise a crossover event where Massive Attack do improv in a field.” 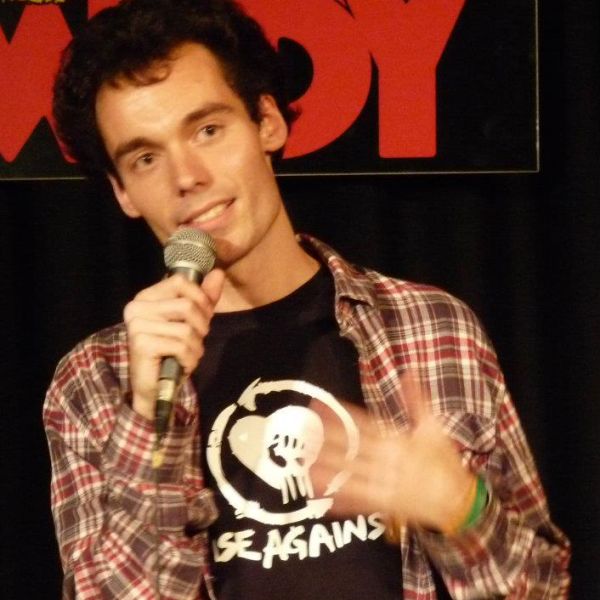