He’s master of the accessible avant-garde; of understated lunacy and any other contradiction-in-terms you like. A stuffed monkey interviews him

1. So this year you’re telling us about renegade plumbing. I once drained the central heating system at 3am without waking Mrs Coconuts. What is your greatest plumbing triumph? “

As yet I have had no plumbing triumphs at all, just a sequence of disasters. For I do not follow the plumbing rule book, indeed as soon as I got hold of a copy I flushed it down the toilet, such is my contempt for the rules of plumbing. I am a maverick, a renegade. I plumb by intuition, instinct and sheer bravado. My lack of success does not deter me; it makes me work harder.”

2. Apparently you have a dog that barks at buses and Seymour Mace. If you could train your dog to kill someone, and get away with it, who would you set him onto? “

My dog does bark at buses, and he did bark at Seymour Mace when he was wearing a black and yellow striped jumper. He looked like a huge wasp, and my dog was correct to alert us to the danger. On another occasion my dog has licked Seymour’s hand, so there are no hard feelings on his part at least. As for training my dog to be an assassin, I don’t think it feasible. He doesn’t even fetch sticks. When I throw one for him he just looks up a me with an expression that seems to say “this demeans us both”.”

3. So this is your 31st Fringe. You must be sick to death of this place. I mean, you’ve spent two and a half entire years here now. That’s a long time. Seriously, you must be properly fed up of being stared at by people. Aren’t you? “

Yes. I don’t like anyone watching me while I work, which makes my vocation a little awkward at times. How I long for the lights to fail, or the audience to be blinded by my wit.”

4. Do you put cream on scones first, or Jam? Do you say ‘skowns’ like a proper person, or ‘skonz’ like a murderer? “

I can’t remember the last time I ate a scone. It must have been in the mid-1980s. There would have been no question of putting either cream or jam on; in our family we ate them plain on our special scone day – April 28th. Since that time I have not tasted the delight of a scone because my crippling uncertainty about how to pronounce the word ‘scone’ has prevented me from asking for one. I could buy a packet of scones from a supermarket, I suppose, but that would simply be avoiding the problem.”

5. What do you think of baboons? They’re dicks, right?

6. What is the highest tree you’ve ever climbed?

“As a child I imagined I was a cat and spent much time up a fir tree. It was very tall, but exactly how tall I know not. As a cat I spurned trigonometry. Recently however I climbed a huge willow in the garden, not as a leisure pursuit but with the purpose of cutting it down. It over-hung the garage to an alarming degree, and would have destroyed it had it fallen. This I could not tolerate. Sure, the garage was due to be demolished anyway, having been condemned by a surveyor, but to have it destroyed by a tree? This I could not countenance. It was perhaps fifteen metres tall, and now just two, but it lives on.”

7. Shag, marry, kill: A giraffe, A heron and a sort of sentient rail locomotive like Thomas or Koko off Chuggington. Please show your working out.

“I’d shag the giraffe; I have a step ladder, and plenty of ambition. The heron I’d kill – and eat. I don’t like the way they look at me, and I fancy its flesh would be enlivening to my jaded palate. I would marry the sentient rail locomotive. At least it’s sentient.” 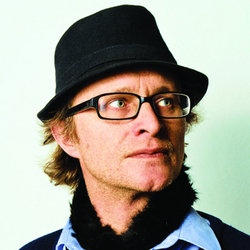