Tell me about your 2022 Edinburgh Festival Fringe Show, El Cómico.

Everyone in my family comes from a different country; Spain, Wales, Morocco, Ireland, and Germany. I wanted to make a show that would make them all laugh. It’s filled with silly jokes, anecdotes, sarcasm, and at least one song. I take a look at immigration and cultural differences, and ultimately what makes us all the same.

Poking fun at our cultural differences can be highly entertaining but potentially quite tricky. Do you worry about offending people?

I don’t worry about offending people as I have no control over that. I never make a joke I wouldn’t make to someone’s face if we were alone. I hope people see that I’m coming at it in the same way I would if we were friends. I have had moments on stage where I have upset someone. I try not to get defensive about it, sometimes they’ve misunderstood what I was saying, or often I’ll think about it and I have framed what I said quite clumsily and I’ll change it.

Tom Binns was at one of my solo shows, and afterwards told me he’s spent the whole show watching the audience. He said his favourite part was watching a group of grumpy men who clearly hated me, but they couldn’t work out whether it was because I’m young, because I’m Spanish, or because I’m Welsh. You can’t please everyone.

Was becoming a stand up always your ambition?

I always loved stand-up but it wasn’t a thing I even considered I could do, even though humour was such an important aspect of my life. Making someone laugh is a real sign that you understand each other, that you’re both speaking the same language. I used to repeat routines I’d heard to my family as a child, sometimes translating them. From my first actual stand-up gig in 2009, I knew I was going to do it for the rest of my life.

You have supported Jason Manford, John Bishop and Tom Stade on tour. Any backstage gossip?

The green room is always way more boring than people expect. It’s usually just chilling out, and getting ready to perform. Although, each act has their own routines backstage; one does Muy Thai in his underwear, one races to finish a bottle of tequila before they call him up, and one plays Abba full blast and won’t let anyone speak while it’s on. I’m not saying which is which, but fuck, does Tom Stade love Swedish pop.

What has been your strangest experience at the Edinburgh Festival Fringe?

In 2011, my first visit to the Fringe, I just thought it was a comedy festival. I had no idea there was anything else on. My friend and I were flyered for a lunchtime show and we went in expecting a comedy, it was a poorly attended Chekov play. 10 minutes in I turned to my friend and said “they’re dying”. Trying to help the cast out, we started laughing, assuming that it was just a bad crowd. We were promptly kicked out. 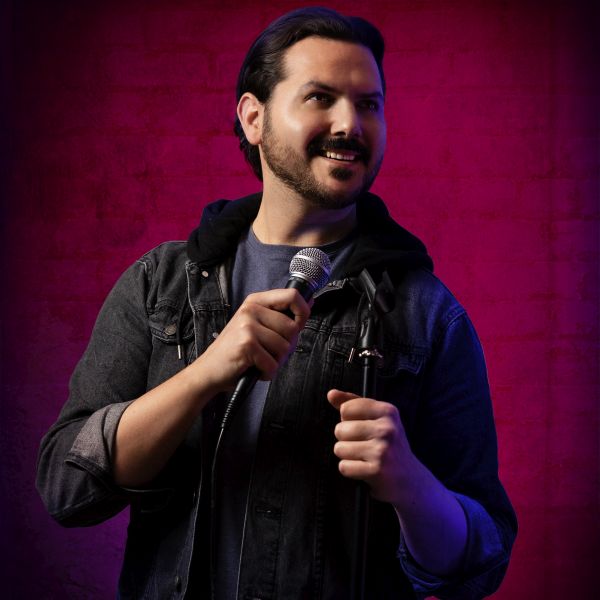