Sophie Willan is a comedian, writer and actor, making work for theatre, cabaret, stand-up and TV. Sophie’s work is darkly optimistic, candid, comical and wild! And her solo show at the Edinburgh Festival Fringe looks pretty special. Martin Walker asks what it’s all about.

“Sophie Willan: Novice Detective is an interactive comedy show. Fusing together stand-up comedy and detective spoofery, I tell the audience the true story about my childhood search for my long lost father, accompanied by my slightly psychic and ever so eccentric gran. It was the ‘90s, my gran and I were determined to find my father and a series of uncanny coincidences lead to us tracking down a ’90s pop star who we believed to be him. Whether he was or not, you’ll have to come to the show to find out!

“It’s a stand-up comedy show with a narrative. It’s as candid as it is comical and as heartfelt as it is wild.”

It’s a very personal show. Was it hard to write and do you get emotional when you perform it?

“I’d had time to distance myself from the experience, so I felt well-placed to write about it and to perform it without getting emotional. I’ve performed the show on a national rural tour to over 50 dates across the UK and I have absolutely loved it. The audience interaction keeps the show fresh and makes me feel like I’m performing a brand new show every night. Anything can happen when you involve the audience in a narrative.”

Tell us about your work with BBC so far. Are there any future projects?

“Off the back of seeing my show, BBC Comedy commissioned me to write a TV Sitcom Pilot that I would star in. The big dream for me would be to be commissioned to write and film the whole series… we’ll see how things go. Fingers, toes and eyes crossed!

“I’m also hosting BBC Comedy Presents at the Frog and Bucket, Manchester on July 1st. This is a chance for northern comics that are working with BBC Comedy and going up to Edinburgh Festival this year, to try out new stuff and get ready for the festival.”

For you is comedy a career choice or a calling – and why?

“Ever since I was little comedy has been one of my main ways of communicating. I love making people laugh and I’ve been told from an early age that I’m naturally funny – I don’t know if that is good thing or not! I had quite an unsettled start in life, spending time in foster care, time with my grandma and eventually joining a young persons housing scheme when I was fifteen. All of these experiences seemed to fuel my passion and skill for comedy writing and performance and gave me things I wanted to talk about. I love how comedy can address serious topics and/or comment on the more difficult human experiences in a direct and life-affirming way and that’s what I aim to do in my work… So, I suppose it feels like a calling.”

“Some of my favourite big acts that I would love to invite would be Aisling Bea, Zoe Lyons, Tony Law and Bridget Christie alongside some fab rising stars like Rachel Fairburn, Callum Scott and Annette Fagon.

“I also think it would be really interesting to create a stand-up comedy show/event that brings together more of a variety of performers under the banner of stand-up comedy. I would love to program some acts from cabaret, theatre and live art circuits that, in my opinion, could stand-up on the more alternative comedy circuit and would probably make it even more exciting and unpredictable. From these circles, I would invite David Hoyle aka Divine David, Bryony Kimmings, Scottee and Bourgeois and Maurice. 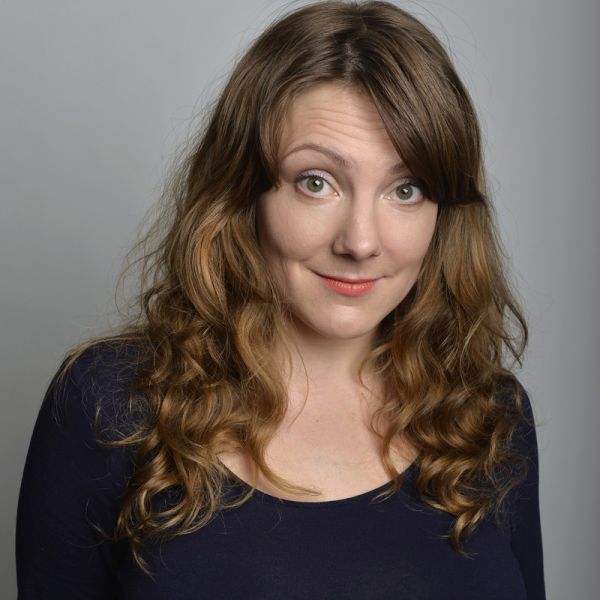