The soon to be famous Steve Bugeja won the prestigious BBC New Comedy Award last year. Not bad for someone who has only been performing stand-up comedy since September 2010. At this year’s Edinburgh Festival Fringe, he’s hosting The Comedy Zone every night in the Pleasance Courtyard.

“The Comedy Zone has been running for as long as I’ve been alive – 24 years – and has helped launch some of the best comedians in the country. A few of my favourite comedians have hosted it over the years including Chris Addison, Russell Howard and Dave Gorman, so I’m really excited to be doing it myself. I’m also excited because the line-up is excellent. It features Jack Barry, Alex Smith and Adam Hess who are all very funny, I can’t wait to get going.”

“Yes. Well we’ve just finished actually. I’d love to tell you some wild anecdote about partying all night then rolling up to the next town still drunk but it just didn’t happen. We once went out in Sheffield after the gig and we lasted about 15 minutes in the club. Russell eats very healthily so ironically my diet actually improved while on tour. He got me into these protein cookies which we ate before going on, they give you a huge energy boost and were extremely addictive. But if you get a chance, go see his show in Edinburgh, it is fantastic.”

“Erm, I just sort of play a geeky, rubbish with girls, socially awkward character. It is definitely a character; I’m actually very cool in real life.”

“I don’t really know what I’d call it, but it would read very similar to the early years of Adrian Mole.”

“Carl Donnelly, Seann Walsh, Tom Stade and Lucy Beaumont. Also myself. Am I allowed to do that? I don’t care I’ve put it in my dairy already.” 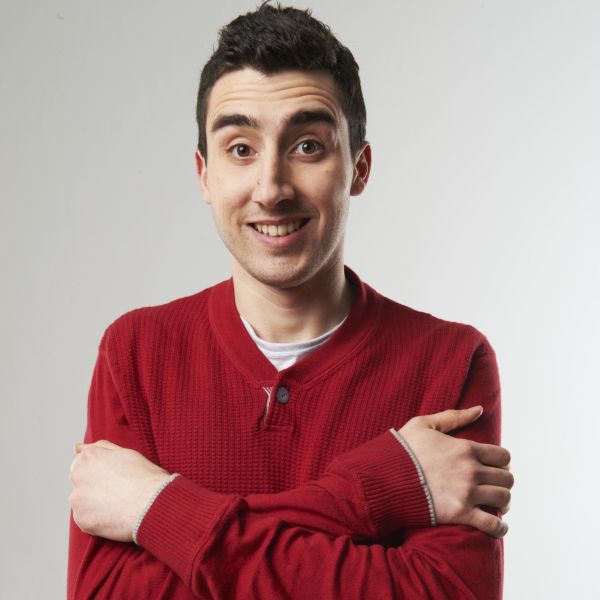