Martin Walker stumbled across Zak Splijit’s act on YouTube when he was supposed to be working. Sadly, the unique up-and-coming comedian won’t be performing at the Edinburgh Festival Fringe this year, but according to Martin, he is definitely one to watch.

Describe your comedy to someone who hasn’t seen it before.

“I used to gig as myself and do proper clever topical stuff. These days, as LJ Da Funk, I put on a silly hat and sunglasses and jewellery and shout things in an American accent which are ostensibly about pimps, hoes, and partisan pornography, but which are actually about Enoch Powell, Theodor Eicke and Robert Mugabe’s pet ocelot.”

“No, there is no such thing. When a comedian stands on stage the words that leave his or her mouth are a constituent part of a comedy routine, and cannot be judged as one would judge the opinions or words of a simple plebeian or tea-lady. That said, I once criticised a large venue’s toilets onstage for a couple of minutes and was later informed that those latrines were the management’s pride and joy. I was briefly remorseful afterwards, and have not been invited back.”

How did you get started in stand-up and for you, is Stand Up Comedy a career choice or a calling?

“I went to watch a gig at the legendary Pear Shaped comedy club, got the urge, and one week later I was doing two minutes on that very stage. It’s a calling rather than a career choice, until people pay me enough so that I can quit the murky world of canine millinery.”

On YouTube there’s a clip of you doing your usual set at an English Defence League benefit gig.

“Ah, well I hate to finally spoil the long-standing illusion, but it was all a stunt within a stunt. The EDL crowd is actually a comedy club audience, and the EDL spokesperson is really comedian and online-gaming-championship propagandist Martin Wyatt, though he is the first to admit he looks like he definitely is in charge of the EDL and all other fascist organisations. The real EDL don’t host entertainment-based gigs of any variety due to their famously poor organisational skills.”

“There should be more focus on exciting new and upcoming talent on TV, so I’d just put Ashley Haden on for an hour and insist it was broadcast live and unexpurgated. People would think they’d inadvertently tuned in to some sort of radical political sermon being conducted by the Artful Dodger out of that Dickens musical.” 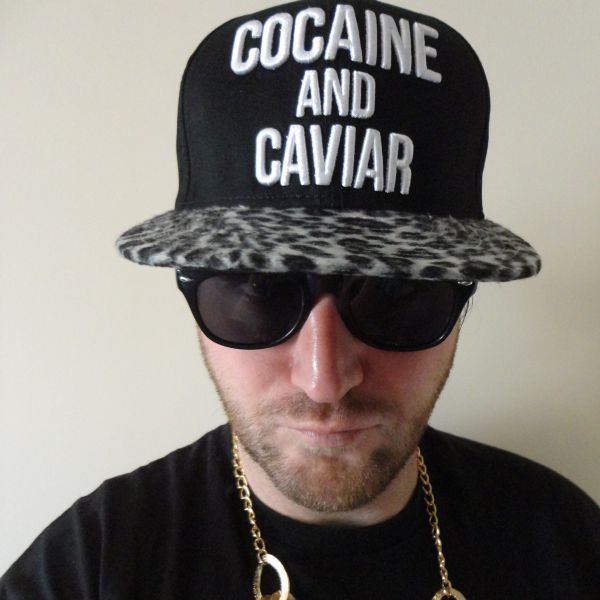