Tell me about your 2022 Edinburgh Festival Fringe show, I See Dead(Ly) People

Facing an existential crisis, I powered off my phone and dived head first into an Ayahuasca retreat in the Irish Wilderness. Four days later, I returned a changed woman, but that’s not all that changed. The world had entered a global pandemic, my boyfriend had ghosted, and my mother announced she might, kinda, maybe, possibly might die! Having just found myself, I was feeling lost in a world that had changed utterly in four short days. I See Dead(Ly) People is a show about a positive outlook versus the real World.

You’re a stand up, an actor, a writer and a presenter. What’s your first love? When you graduated from the Gaiety School of Acting was performing comedy always the plan?

Live performance has always been my first love, entertaining people and feeling their energy in the room with you. There is no better feeling. I like to play and be silly. I always loved comedy from a young age but I didn’t really know that was something I could do once I finished school and I hated school so much that studying acting afterwards seemed like the best option. Then I went into comedy and although I didn’t know it was the plan,I think it was the plan all along!

You’ve lived and performed in Ireland and in Canada. Do audiences that live over 3,000 miles apart laugh at the same jokes?

Not always! Canadians are incredibly nice people and that was a great place to start stand up over 3,005 miles from the people you grew up with!

I was terrified to go home to an Irish crowd because I thought everyone in the audience was equally as hilarious as me and I no longer have an accent to fall back on! But Irish audiences I would say are up there with the best in the world. Every country is different though, and you’re always surprised by what bits get an applause in some places compared to the next! It’s great and keeps you humble.

It says here that you are a keen wild swimmer and a competitive sailor. Do you have a love of the water? It also says that you’re a fully trained pole dancer, presumably on dry land. Was this for an acting role or is it just a hobby?

I absolutely love the water, I am very fortunate to have grown up right beside the sea. There is nothing quite like a freezing cold dip to make you realise how insignificant and destructible you are in the world! I actually took pole dancing lessons on a paddle board!!! I joke, but I wouldn’t be surprised if that is a thing. That wasn’t for a role except maybe the alter ego in my head but I have just always loved sport or dance. It feels like you’re cheating your health, as it’s a more fun form of exercise compared to the gym!

My favourite question to ask anyone is ‘what did you eat for dinner?’ I think it’s a great conversation starter and shows you really care about them, as who always asks ‘Have you eaten?’ Mammies! So…

What did you eat for dinner?

I actually had a corporate gig for a whiskey company early in the evening, so my dinner ended up being a whiskey and ginger ale and a packet of crisps opened up on the table like a sharing platter, although I ate most of them!’

If my mum is reading this, I am doing OK 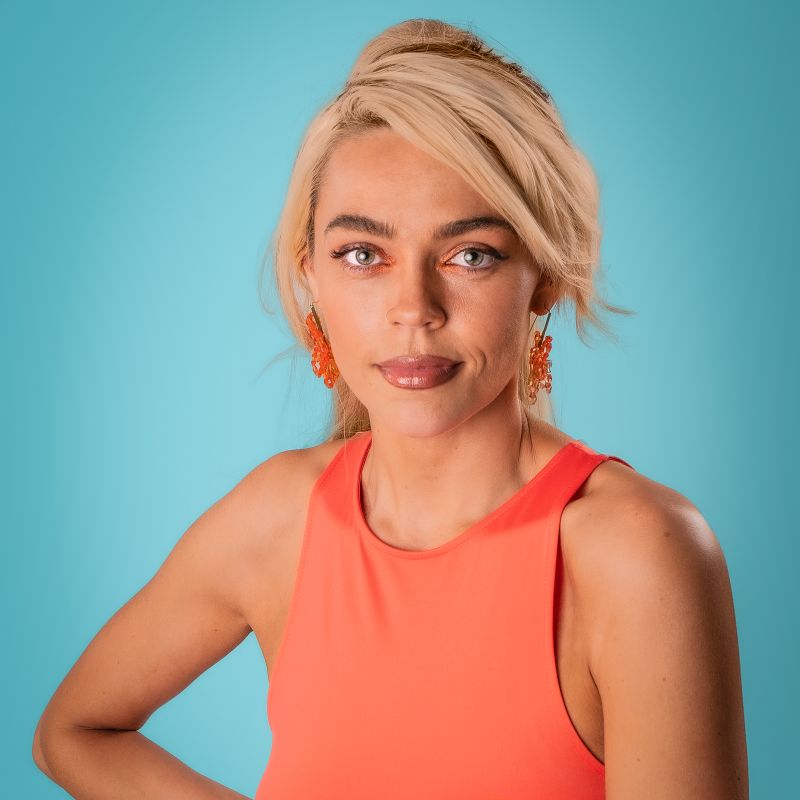