I’ve been having so much fun touring my show on stages around the world and can not wait for my debut at the Edinburgh festival this year! This show means so much to me, and the way folks connect with my story makes me feel like there’s something magical that happens each time I perform it.

My identity is something I have always struggled with. I moved around my whole life and belong to so many different cultures, so the question “Where you from?” has always been difficult to answer. I don’t mind the question, even though it’s the question that I get asked the most, but I always felt that I am made up of so much more than my “from”, if that makes sense. So I wrote a show to talk about it, and of course, to make people laugh.

What I did not expect was to see how many folks would identify with my story, how many people are also unsure of where they belong in life. It’s a really beautiful connection to realize we are all together in this feeling of uncertainty. Somehow that makes it feel easier to tolerate!

I am proud of this show; while I share stories of my confusing childhood, my adventures as a flight attendant and my amusing sexcapades, one thing is sure… you will leave feeling good about yourself and others.

As someone who is multilingual and has lived and performed all over the world, do you have a favourite city to perform stand up?

That’s a tough one. I mean to be honest the reason I choose to wander and perform all over the world is because each place brings it’s own unique vibe. I love the challenge of being able to connect with folks that come from all different walks of life and seeing how comedy brings us together.

That said, performing in large cosmopolitan cities like Toronto, New York and Melbourne always feels really special. I think the more diverse my audience is… and by diverse I mean not only racially or culturally, but also age, gender, sexuality, etc…the more diverse it is, the more fun I have in hearing the different connections through laughter.

You co-created, co-wrote and co-starred in Juicy. Tell me about your popular web series.

Oh Juicy! Well that was my very first project I’d ever worked on. I had just completed the sketch comedy writing program at Second City and was so excited to get started. Though now when I watch it all I see are the mistakes, I still love the concept of this show. These surly too-good-to-serve-you employees of a juice bar that make you wish you’d never walked in.

I have worked in the service industry my whole life and I felt like when the new wave of indie coffee shops, juice bars and hipsters came along, suddenly things changed in the dynamic of customer service. I would walk into a coffee shop and no one would greet me. When I ordered the server would look so inconvenienced I felt like I should apologize and thank them for taking the time out of their day. I found it so ridiculous that I couldn’t help but laugh. That and the double standard of the “wokeness” that was just beginning to take hold is what inspired Juicy. Thanks for the vegan latté, by the way love your leather bag!

It says here that you once made a man throw up from laughing too hard. What happened? Is that a greater accomplishment than climbing Mount Kilimanjaro? Or is it being nominated for a Canadian Screen Award for Best Performance by an Actress in a Leading Role (Ms. Hina, in the feature film ‘Scarborough’)?

Here’s the thing, I know some of those things are impressive. I’m even surprised I made it up that mountain. I was really outta shape.

The thing is, I know a few people who’ve climbed Kilimanjaro, and a couple people who have been nominated for academy awards…but I know NO ONE who can claim to have made someone throw up from laughing too much!

How it happened… it was after a gig, I was with a man, we were having a drink and laughing… a lot! As I continued to make fun of him things got real silly. At one point he even squealed “Stop, you are gonna make me throw up!”. I thought he was just saying it… so I kept the jokes coming… and then… well, then I had one of the proudest moments of my career as I watched him run to the bathroom. I felt so powerful, I actually made him puke!

How did you get into comedy?

I’ve been making people laugh since I was a kid. Funny is what got me out of all the trouble I found myself in. It was a handy tool I always kept in my back pocket… but I never thought about being a comedian. I never knew it was an option! You know this is one of the reasons I always say representation is so important because when you don’t see anyone you identify with doing a thing, you don’t consider that it’s a thing you can do.

For years I worked as a flight attendant before I got into standup, and would often make my passengers laugh. People would always tell me I was funny, but I never put it together.

One day I got an email from Groupon for a comedy writing class and thought, hey this could be fun! It was random, but I had been thinking of picking up a hobby and plus, I love a good deal… 50% off, are you kidding me?! But once I started, I couldn’t stop! The stage instantly felt like home and I knew where I belonged. 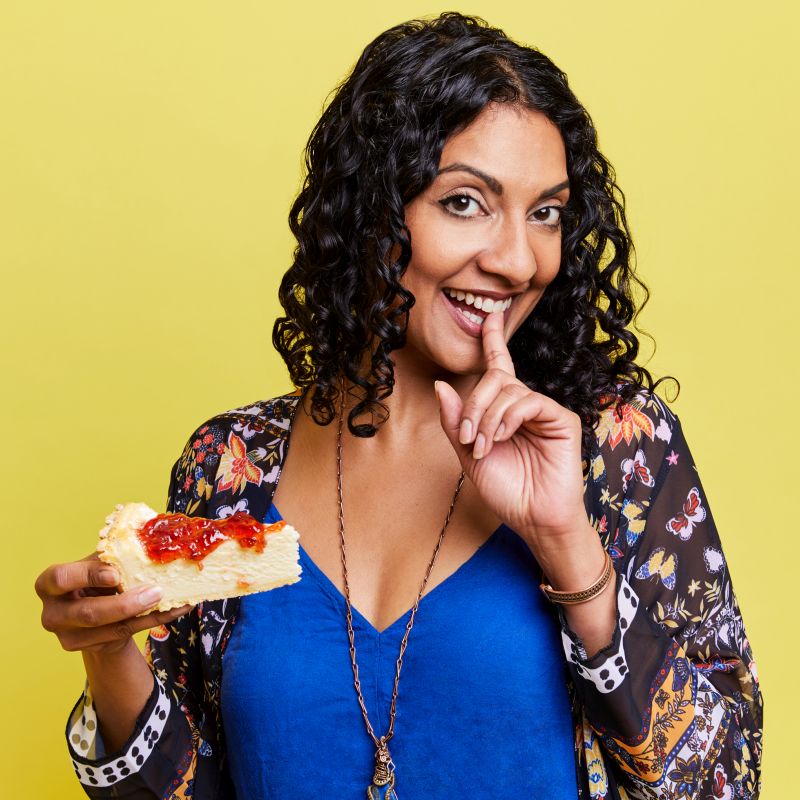