People stink at marriage. After 30 years in comedy, 25 years married and a Masters degree in Behavioural Science, who else is gonna fix people?

20 alcohol soaked Greek college fraternity morons and 20 variety acts! I was doing comedy? They tore the souls out of the poetry people and caused a local radio host to cry and refuse to go onstage. I did set without getting hit by their drunk hate for entertainment, and thought, “here’s a career”.

Sweating, but that’s more of a conditioned response.

I was recently called the most judgmental comedian ever! Talk positively about marriage and that’s what you get. People who haven’t done so well get mad sometimes.

I will if I get some? Do you know someone wanting to review the show? Please, have them contact me.

Reviewers are fair and attractive people. They never say anything that isn’t totally true, and they all need raises.

No zero illegal, offensive yes, funny if context was correct, and made a point that was parody and against racism. As an American person I am 100% behind free speech and ideas, no matter how awful. And I’m saying that as a person who has to listen to Trump blather on. Tell me how to stop that? Somebody?

No, all subjects are open, but the angle you take is important. Any comedy coming from a place of support against vile things, even if they are jokes about them, is a good thing. And you find out if you’ve done that by response. The audience should be able to react and you should be able to adjust. Problem is when any line that seems to far is a career killer out of context or explanation.

Yes, but it was in response to a heckler. I don’t do this anymore, but in my younger days I believed anyone talking out of turn needed to be destroyed. I have many stories in my book Hell Gig: Enlightening the Road Comic, available at amazon.com.

I truly despise the question “best” gig. After 30 years as a full time professional comedian, that is like asking what my best meal ever was, which is just not gonna be it. Of course, I am the most judgemental comedian. How about a great gig? One I remember? Like: First gig in London, Camden club – American dude before me dies, because he’s attacking the crowd. They are angry when I hit the stage about another American dude. I stop and say, “Folks, I am me, and I love you and this chance. I just wanna do some jokes and tell some stories.” They relaxed and I connected. This has happened a thousand times. 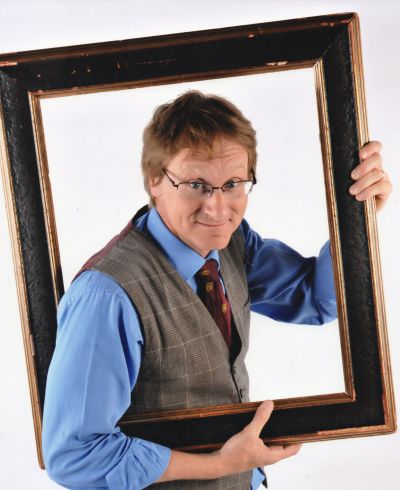