This show was originally my attempt to make an hour without any gay jokes, which was set off course firstly by me and my boyfriend going on a holiday where we could not escape being the only gays in every small town we went to, and then by the true trump card: my Dad coming out at age 62. At first, I thought he had stolen my thing, but it has been an amazing journey watching him finally being open about the person he is. There’s been some embarrassing stories along the way though… and I’m excited to share those.

You frequently discuss your private life on stage. Daddy-Short Legs sounds like the most personal show to date. How easy is it to put your life on stage in front of strangers? Has your father seen the show?

I’m always happy to talk about anything and everything onstage, and I think it’s one of the reasons people come and see comedy – to hear the things we keep secret or feel ashamed about brought out onstage for a bit of fun. It is always nerve wracking to have to ask a friend or family member permission to talk about them. Fortunately for me, with this show, my Dad is as much of a show-boat as me. He saw the show the third time I ever performed it and loved it and has been to see it quite a few times since.

Tell me about the sitcom, Golden Boy.

I got an amazing opportunity to brainstorm some new sitcom ideas for one of our New Zealand TV Networks (we only have two of them…) and we came up with something they really loved. We wanted to make a show that New Zealand would love, so we wanted to focus it on one of our country’s major obsessions: Rugby. It follows a girl whose brother is an All Black, so she has constantly lived in his shadow. I was in the writing team across both seasons, and all of the writers connected pretty strongly. We were all grown-up theatre kids who had been ignored in favour of athletes at high school, in a country where sports is always the most important and valued hobby. It was a really fun show, with a bunch of mad characters… and I believe it may be coming back in some form soon.

Tell me about competing as half of a same sex couple on Dancing With the Stars.

It was one of the most rewarding things I’ve ever done. My partner Jonny is straight, and has been on almost every season of the show in NZ, and he dove right into working with me and relished the challenge of choreographing routines that didn’t have to fall into traditional dancing forms. We came first the first week, then came third, then went home in a shock elimination that was in the news for over a week (not a lot happens in little New Zealand). It was a wild ride, and I gotta be honest: I love attention, so I loved it. I thought I would be completely useless at dancing, and it turns out I was pretty good, and I would do it again in a second.

Hi Eli, it’s Eli – what are you most excited about doing when you get to Scotland?

Well Eli, I’m a huge fan of chips with curry sauce which you cannot get anywhere in New Zealand so I’ll be eating far too much of that! Thanks for the insightful question, Eli xoxo love you lots 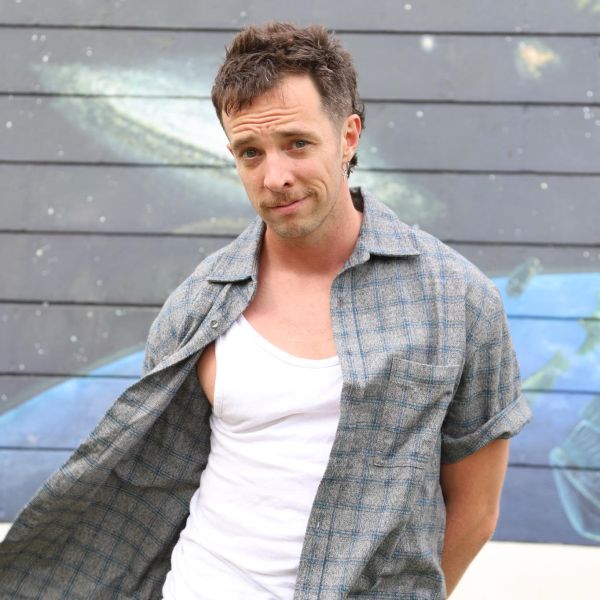