Imagine if people knew your deepest, darkest secrets. Wouldn’t it be awful? Humiliating? Degrading? It would be if you’d done some of the things Al Donegan has. For his latest Edinburgh Festival Fringe outing, Al will dig deep into his past.

“I’ve done some really, really bad things in my time, and the 5 Worst Things I Ever Did is me picking through the bones of my life and trying to shape a better future from the ashes of an outrageous/appalling/illegal/unfortunate/idiotic past. Some of the behaviour described is so bad it’s almost unbelievable… so video footage is provided for those bits. It’s not just me with a mic, it’s quite theatrical and I dare say quite inventive – then again one man’s quite inventive is another man’s ‘What the fuck was that I just watched?!’”

Audiences are invited to share stories of the worst things they have done with Twitter #worstthingidid. What kind of stories are you expecting?

“Good question. Thinking about it now, I wonder if people will use it as an opportunity for gain rather than absolution. Something like a bloke’s sat with his mate’s girlfriend going, ‘oh look, that’s fun, we should post something to that. Here, I’ve done one, look: ‘I fell in love with my best mate’s girlfriend. I know I shouldn’t have but I couldn’t help it she’s just, to me, perfect. If only she knew who I was. #worstthingidid’. And then he tries to snog her. Something like that. Dunno why I thought of that. Maybe I’m just manipulative. I don’t know – hopefully nothing evil. Although if it is evil, as long as they’re not revelling in it, OK. And even if they are, better it be out in the open where we can catch these psychos.”

You wrote a short film starring Caroline Quentin, featuring one of the five worst things you’ve ever done – released in Autumn 2014. Tel us about that.

“It’s a film about a man going to visit an older woman in her flat, after meeting her that night on Tinder. It’s about going into something not knowing what to expect – but sort of expecting sex – then it going to a different place and the feelings and truth that elicits. And hopefully it’s funny too. It may or may not be based on a true event from my life that I discuss in my show.

“My mate Tom Lorcan – brilliant actor – is in it and Caroline, who is of course a lovely actor too. I’ve seen an early cut and their performances are pretty special.”

Are you worried about getting yourself, or members of your audience, arrested?

“Actually, truth is I hadn’t stopped to think about it but this question and the first one about the show reminded just how dark some of my confessions are so if Scotland’s finest come knocking at my pathetic door I’ll be bang to rights I suppose. As for the audience getting arrested… screw them, every man for himself.”

“Liam Williams, who I supported earlier this year and is brilliant, Daniel Kitson for obvious reasons, Tim Key for the same obvious reasons, and me. Because even if I was the curator, I’m so unfamous that I’d take the opportunity to give myself a platform. Then I’d dance on that platform, drunk and starstruck, literally shitting myself at everything the two Ks had to say. Then we’d all go home and cuddle.

“I once spent a solid thirty minutes in a north London pub describing the merits of Tim Key in huge detail to a friend who’d never heard of him, only to realise Key was sat next to me. I expect the stand-up show would go equally well for both of us.” 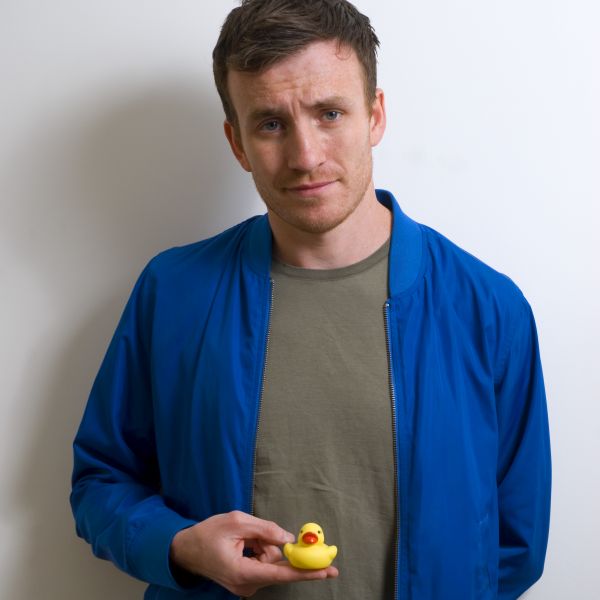