Comedian, Chris Timoney has an art background. He performs stories and songs with pictures that all are about relationships, food, drinking and toilets. A friend once described his act as ‘lyrical tales of woe.’ Martin Walker asks about his 2014 Edinburgh Fringe show.

“It’s basically looking back and revisiting the worst week we’ve all collectively ever had and laughing at it. Break ups, memory loss, flashbacks to childhood, student fumblings only with songs and pictures and me taking the blame and falls like an… introspective word clown. A bad week boiled down to a cartoon. It’s also very silly and happy in its delivery, it panders to the part of us that still wants to play with Lego, watch Ghostbusters and eat ice cream for breakfast. Still.”

“It’s a solid institution, with its heart in the right place. As it should be.”

“It’s kind of children’s entertainment for damaged adults. Like Jack-a-Nory or Watch with Mother for people who’ve had their hearts ripped out or went to Art College… or both. Probably both.

“It started off with an odd gig. It was a Sunday night in a single floor bar with no stage, lighting or mic stand. There was a radio mic that didn’t want to work when it did work and the bar was swamped with an army of very stern, very uncomfortable regulars who were confused as to why a young and enthusiastic twenty something American improv group and rag tag bunch of wary/jaded comics had gate crashed their weekend of football and Fosters.

“Having worked in bars before when I got up on stage I made a connection, I sang to them and included them as I ran about with no mic and a ukulele and somehow managed to get them all onside and laughing. It was a wonderful turnaround and an amazing feeling, I had my hand shook several times, was bought a Fosters and was even told I had found a calling. I punched the moon that night.”

“My immediate family. They are an immensely talented bunch and an immensely sensible bunch. It would either turn into a variety showcase or an intervention… or both. Probably both. Maybe Phillip K Dick would be there too, wondering why he was there.” 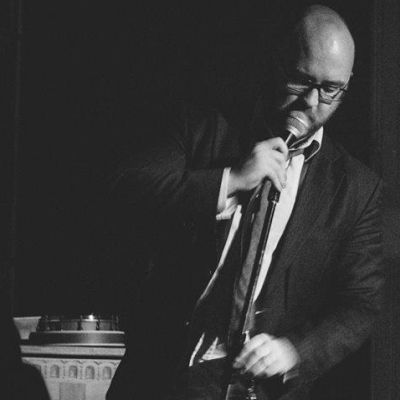