Chris Cooke: Joseph and I wanted to do a show about our families, because they are very different. However we do get sidetracked by Blue Peter, Laserquest and cats.

Joseph Emslie: The thread running through the show is that of families, but we allow ourselves to digress from this topic.

C: I wore a suit jacket over a grandad top, to show that I have a no-nonsense exterior, but am a mess on the inside. Before going onstage I had a pint, a vodka and coke, plus an additional vodka shot. I did 12 one liners about the relationship between Religion and Health and Safety. Somehow it didn’t go badly enough to quit, but now I wear normal clothes.

J: My first gig was at the Edinburgh Fringe. Go big or go home! Roughly 40 people were packed into Maggie’s Front Room at The Three Sisters and I managed to run over by a satisfying 2 minutes and said the c word far more than I ever have since but it got laughs and I kept on going waiting for ‘a death’. That came at my second gig. Bliss.

C: Breathe, a little bit of EFT tapping and if I’m not in view, some light bouncing.

J: Not anymore. Edinburgh has broken any ritual out of me. Perhaps the last thing I do is check my fly, and then check it again.

C: ‘Chris Cooke was an amiable presence’- I was benign, but importantly, there.

J: Best- “he is definitely a name to keep tabs on.” Beyond The Joke.
Worst- “his ‘teapot’ stance, hand on hip, elbow at a jaunty angle, weight on the back foot looked at once studied and awkward.” Chortle

C: I’ll avoid googling the show, but if I come across a review I’m bound to read it.

C: I think comedy is an artform and it should be examined by people who are passionate about comedy. Sending someone to review a show who has no interest, or previous experience of comedy, benefits no one.

J: My view is very clear. If it’s funny, it’s good. Just keep it as simple as, were the audience laughing. If they were and the reviewer wasn’t, worth mentioning, to show that it perhaps wasn’t their cup of tea.

C: He was convicted of a hate crime because his video was judged to be ‘grossly offensive’. I can see that the blunt language used could cause offense. The same outcome of the intended joke could be achieved without those words. It’s impossible to control the context of something once it’s put online, making the whole thing complicated. To borrow from Mike Birbiglia, a joke should never have to end with ‘I’m joking’.

He was stupid, idiotic thing to do. Next.

C: I don’t think so, subjects can be approached from any number of perspectives.
J: As long as the topic is dealt with eruditely then I don’t see why not. If you aren’t punching up, you need to make sure you really work on the wording and delivery of your jokes.

J: Not in the a sense of discussing too sensitive a topic. I’ve been on stage with an idea of an idea, no gags written about it, and hearing me babble on was too far for the audience.

C: I never look back.

J: The best gig so far would probably be at Angel in March when everything I said landed. It felt like I could have stood in silence for 10 minutes and the crowd would have been on board. 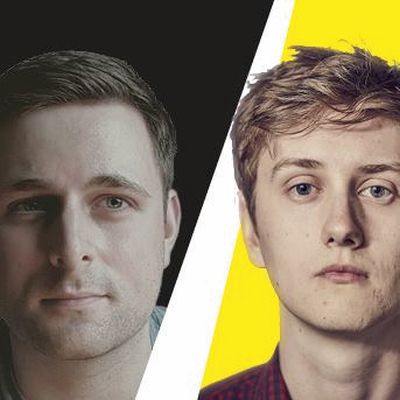