It’s been a unique process getting this one together, I was working on a show when the pandemic hit. It had had a couple of outings at Leicester Comedy Festival right before the lockdown and then… well you know. So I’ve been rediscovering how to make a show with this one. It’s been great, quite daunting to kick off with, but through an enforced break and a new way of working I’ve found a few gears I didn’t know I had. It’s definitely my favourite of all the stand-up hours I’ve done.

The show is the conclusion to your Fatherhood trilogy that began with 2018s Sunflower and continued with 2019s Smile. Do people need to have seen those shows to enjoy Just Trying to Help? For those that are new to the trilogy can you bring us up to speed?

Yeah it began to feel like the conclusion of something when I was writing it. These shows have a way of telling you what they’re about when you’re putting them together, you begin with a bag of ideas and start working on them and the links and themes tend to rise out of the material like a magic eye image you’ve been staring at for too long.

It’s not the Marvel cinematic universe. There’s no continuing story element to the shows, with the exception of the lead character having got slightly older, greyer and fatter. So you won’t be lost without seeing the others, it’s a thematic trilogy. The three shows represent me contemplating my active attempt to understand the world to an extent that you can help guide someone else through it. I’ve had a kid now so, we’ve graduated from the theory section into the practical.

However, if by any chance you want to catch up on the earlier shows they are available to stream and download from all major outlets through 800 Pound Gorilla Records. It would be remiss of me not to suggest you do that.

You talk a lot about your personal life on stage. How easy is it to share so much with strangers? Do you worry about what your daughter might think when she gets older?

Well, I do and I don’t. But yeah, it’s something I’m quite mindful of. Sunflower was quite personal at its conclusion out of necessity. But it wasn’t embarrassing; the themes and experiences were fairly universal. In the grand scheme of personal stuff stand ups talk about on stage it wasn’t exactly something I’d be worried about my daughter hearing.

I’m pretty careful about discussing my daughter on stage, so there’s not anything for her to complain about so far. I don’t put her on social media or any of that, I was advised to by another comedian to boost my profile. But I have a sneaking suspicion that thrusting our children into our social media reality shows without their knowledge or consent is going to turn out to be our generations ‘second hand smoking’ – we don’t know the dangers of doing it, but the data that’s emerging from the ten-year experiment don’t look great so far. So in the show I discuss having a daughter, but only in so far as it relates to my behaviour and how I see the world, it’s not full of ‘my kids an idiot and she did this…’ stuff. So I reckon she’ll be ok with it.

Where can we see this masterpiece of comic invention? 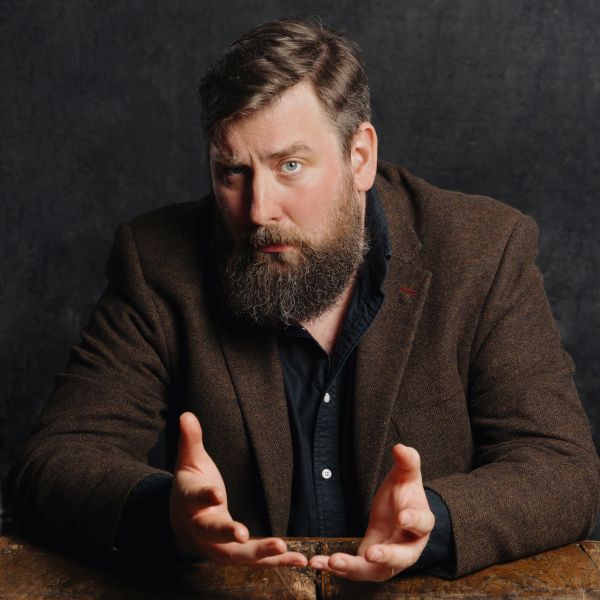