Hello. Sweet Release is a brand new hour of songs and standup covering all the big topics of the day including over-thinking, alien boyfriends, and the weird shit your mum has in the house that she won’t throw away. A little bit of something for everyone. We’ve cast the net wide.

This is part of your current sell-out, 140-date international tour. What keeps bringing you back to Edinburgh?

This is part of the tour, although the show has been slightly amended for the Fringe. We keep returning to Edinburgh because we have nothing else to do with our sorry little lives in the month of August. One year that will change, and we won’t be there…

European Love – from 2017 show, The Kindness of Strangers, and the subsequent album of the same name, might just be my favourite comedy song ever. What are your own favourites?

Lady in the Woods, also from The Kindness of Stranglers, is one of our personal faves. And Rest of My Life from the new show is also up there with our top songs. And there are some favourites that died on their hole years ago and never saw the light of day, but we’ll keep as secret favourite songs for ourselves.

I first saw you perform in your Edinburgh show, Victory Flaps – which was part of the Free Festival back in 2016. How has your comedy evolved since then?

That was the OG show, so thanks for sticking around with us. You get a special badge for that. Since Victory Flaps the main differences are we now stand up instead of sitting on little stools. We acknowledge each other, which never used to do, we would just stare blankly into the audience and blast them with lyrics for an hour then leave the stage. Those are the main evolutions I think.

Were you able to collaborate during the pandemic lockdown? How was the enforced absence from the stage?

Up until the pandemic we had been on tour, and were due to spend every waking hour in each other’s company from September 2019 through to August 2020, so in the beginning we really took full advantage of the break. We don’t live together, and we quickly realised that for us, Zoom comedy shows didn’t work. Musical comedy can be excruciating enough, then when you throw in a time delay across the internet it really is something straight from the pits of hell. We made a few videos for things but again, not being in the same location made the process quite time consuming and frankly, a pain in the arse. So we mostly just appreciated the time apart and away from work, and that was more valuable than anything else we tried. It also meant that when we were eventually able to be in the same room again, we actually had new ideas and were excited to be working. Imagine that. 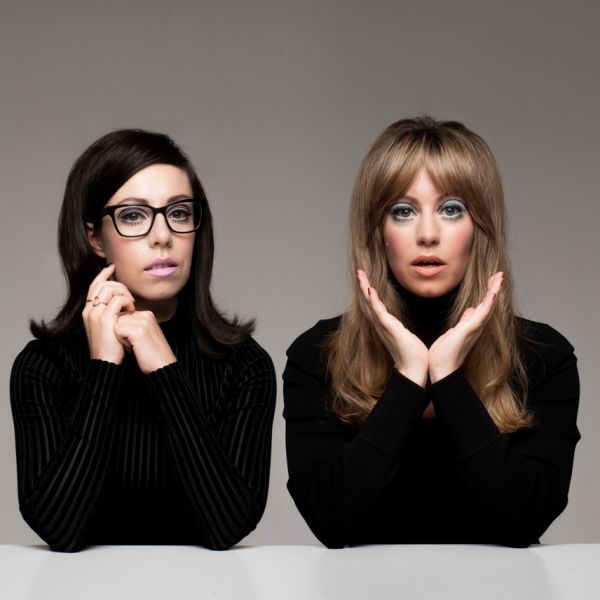