Nick Helm is an actor, singer, musician and comedian, who plies his various skills regularly on television and on stage. Broadway Baby Stand-Up Comedy Editor, Martin Walker tries to conduct an interview whilst behaving like a fan boy idiot.

I was staying over at a friend’s house one evening when we began discussing comedy. They’re a lovely couple, Sarah and Tom, and they both enjoy a good laugh. Sarah said that she’d seen the most awesome TV show called Uncle – a sitcom on BBC Three. I looked sceptically at Tom, who nodded his head. I am a huge fan of stand-up, but the last sitcom I laughed at was made before I was born. Umm. Sarah reached for the remote,

Uncle features Nick Helm as Andy, an out-of-work wannabe rock star who forges an unlikely alliance with his 12-year-old nephew Errol (Elliot Speller-Gillott). Three minutes in I was giggling. Later I was laughing out loud. By the end of the show I was demanding to watch episode two.

Fast forward four months and I have Nick Helm on the phone. “I’m really glad you liked Uncle,” he laughs.

I’d been going on (and on) like an idiot about how good I thought it was, “The second series is being written now and we start filming in late October,” he adds.

This is brilliant news and it almost sets me off again. I take a breath and ask if he has an acting background.

“I did drama at school and I’ve been in the odd play. I’ve never had any acting classes. My music and stand-up is all performance. I’m not like the guy you see on stage.”

Nick is very charming, not to mention patient, with a soft voice and an easy going manner. His promo pic – featuring Nick topless staring aggressively into the camera – is all show business.

“That’s the cover of my current album. It’s a proper studio affair, featuring all the classic stuff from my shows and some performances from ‘Live at the Electric.’ My best stuff in one place.”

I mention that a gay cub friend of mine loved the photo. “Yeah I do look like a bear. You can’t fake that.”

Nick’s Edinburgh show promises to be pretty special this year, “I’ve written and performed in Edinburgh every year since 2001, but I’ve been tied up writing my TV show, so I haven’t had time to come up with a new hour for 2014. I was approached by The Pleasance – so I thought I’d bring my band and have two really big nights.”

The excitement in Nick’s voice is now palpable. “It’s a full two hour show starting at 11pm. Big production values. Have a real party. Like the album, they’ll be bits in there from all the different shows I’ve done and some new stuff. We just did something similar at the Machynlleth Comedy Festival – everyone had a ball. Come along with your mates. Bring your gay friend!”

I ask him about the aforementioned TV show that he’s been writing. “It’s called Nick Helm’s Heavy Entertainment . You saw the pilot? We start filming the series in about four weeks. The scripts are about finished. It features stand-up comedy, sketches, music and dancers. We’ve sort of taken the traditional light entertainment format and subverted it a little. A bit of a throwback to old Les Dawson and Tommy Cooper shows. Think of an edgy Russ Abbott.

“Unlike all the other stuff I’ve done on TV, this is my show. I’m involved in every part of the production – a lot of August this year will be spent helping with the edit. It should air on BBC3 in the autumn.”

I wonder how Nick feels about the axing of the BBC Three. “I have mixed feelings. It’s sad. A portion of its output is focused on comedy and that’s a really good thing. And I’ll have had two shows on it by the time it gets the chop in 2015 – so of-course I’ll miss it.

“It has its detractors as well. Not all of its output is amazing. So if they increase funding for the good stuff and then show it online, then it might be for the best. You know I never watched Uncle live? And I’d get texts from people saying that they just saw someone watching it on their phone on the train. So if they stop spending money on importing shows like Family Guy and cease showing reruns of American films, there should be enough money to make the online channel work.”

As regular readers of mine know, I normally wind up an interview by asking the comic who they’d have as guests if they were running their own TV show. Of-course Nick Helm already is. “There are so many great comedians out there who don’t get on TV. Nothing beats live comedy and trying to convey the atmosphere of a live stand up gig on television is really difficult.”

We’re almost out of time so I push him for some names. “David Trent – he’s my guitarist and a great comedian. Everyone should go and see his Edinburgh show. Then there’s James Acaster who I’ve worked with before. How long have I got? There are loads… I’d have to have Holly Burn…”

He recites name after name, but we’ve already over run and we have to go. See you in the queue. 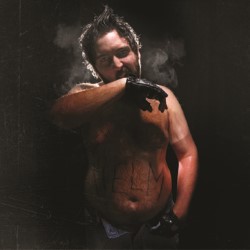