Gay years are like dog years, so my show is about keeping up the younger gays. Teaching them about gay history like the Stonewall riots, section 28 and when Madonna fell down the stairs at the Brit awards.

Keeping up with current music. Dua Lipa? I thought that was a Third World country.

It’s a hilarious hour of anecdotes, audience participation, and observations.

I used to be cabin crew (most gays are either cabin crew or hookers) so I speak about this.

I obviously cannot do a show in 2022 without mentioning the huge life-changing experiences we that all faced recently.

I am of course talking about when Philip Schofield came out on live TV.

Also, I talk a little bit about my lockdown experience, which gave me more than enough time to catch up on the Jurassic franchise on ITV2.

My Mum actually believed the pandemic was just one, huge, elaborate excuse to get Bradley Walsh more airtime on British TV, and by the end of it I started to believe her.

There are also some handy shoplifting tips to help us through the cost-of-living crisis.

I am actually so excited to be going this year. I love being surrounded by creative people and the opportunity to perform multiple times a day.

It’s a chance to hone in my stand up skills and become a better comedian by a condensing a years worth of gigs into just 4 weeks.

I’m lucky to have found a flat quite central to rent, and I’m also taking my dog so i’ll taking him on some nice walks and discovering some parts of Edinburgh further out than fringe central.

I’m a big foodie and love all the Scottish cuisine, so will definitely be treating myself to some neeps and tatties whilst I’m there.

Madonna mainly, but comedian wise, I am a big fan of Larry Dean who I’ve seen at the fringe several times.

Scott Bennett has me in hysterics, and his material is wonderfully relatable to everyone.

Micky Flanagan is another one of faves too, and I was lucky enough to see his work in progress show recently.

My absolute favourite comedian of all time has to be Victoria Wood though.

I think I could recite all her stand up specials word for word, as I’ve seen them so many times.

I’m a big musical theatre fan, so will be looking for some fun shows to watch.

Already have Kinky Boots, Avenue Q and Soho Boy on my list.

How do you plan to get audience members in?

Last time I did the fringe, I actually got loads of people in from Grindr. I just put up a naked photo of myself with the caption “Come & see my show” and I was full every single night.

Mainly with a lot of dodgy men in anoraks who congregated at the back of the room.

It was a really good way of getting people in although quite often they would expect sex, but after a while I found this just to be too time-consuming and had to stop. 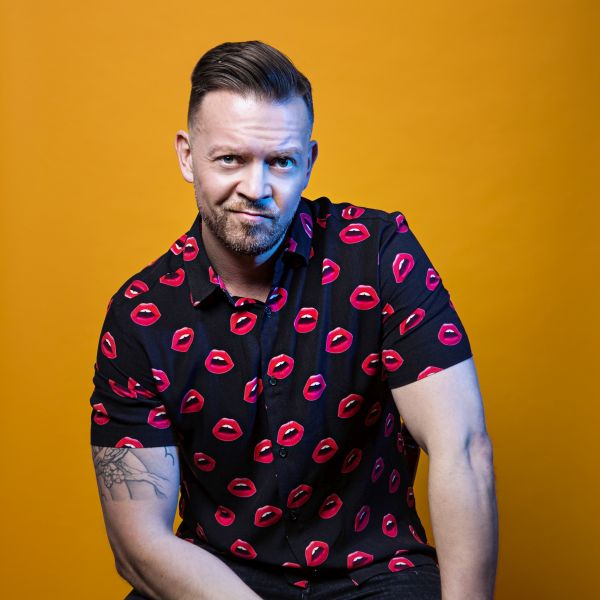