What Does The Title Matter Anyway? will feature improv favourites such as Greg Proops, Josie Lawrence, Mike McShane, Richard Vranch, Stephen Frost and Colin Mochrie, plus other special guest performers yet to be announced. Martin Walker talks to Stephen Frost and starts by asking the obvious question…

You’re back in Edinburgh with an Improv show and Clive Anderson is in the chair. And this has nothing to do with the TV classic, Who’s Line is it Anyway?

“Well it hasn’t. According to the title.”

So What Does The Title Matter Anyway?

“Well quite. It’s a team of four. Myself, Josie Lawrence, Colin Mochrie and Greg Proops. We act out scenes and play silly games based on suggestions from the audience. As host it’s Clive Anderson’s job to set games. They’ll be performers from the Fringe coming in as guest stars too.”

You appeared on the unrelated TV show quite a few times didn’t you?

“Yes I did it for nine seasons. And it’s how I got to meet Colin, Greg and Ryan and so on. And since we’ve remained friends and even done gigs together.”

So it’s been great for networking too.

I’ve just been reading a short story of yours, Hippy Trippy, which is in the classic book, Sit Down Comedy, edited by the late great Malcolm Hardee.

“That was a true story. That actually happened to me. I’d done a bit of filming down in Bristol and I met all these groovy, punky, hippy, underground types and we went on adventures. I still see them actually.

“I was asked to write a story just after I first met them and it was the only thing in my head… so I checked with them and they were fine about it. I wrote it, showed it to them and they said fine. I did keep in fairly anonymous obviously…

“So when I write my biography and I get to the bit where I’m being interviewed by a journalist, I’ll phone you up to check before I publish, don’t worry.”

Oh that’s alright, I won’t incriminate myself before the end of the conversation. So did you know Malcolm Hardee?

“He was a good friend. He gave me some of my very first gigs when I was with my double act with Mark Arden called The Oblivion Boys. Later on, I toured with Malcolm, we went all over the country on the same bill.

“We used to live quite close to each other so we’d often meet for a drink and a chat on a Sunday lunchtime.”

He was a bit of a rogue wasn’t he?

“That’s a very good word. He was a total rogue! ‘Stephen, would you like a drink?’ ‘Yes I would.’ ‘Lend us a fiver then.’ That’s basically how every conversation in the pub went.”

So how did you get from gigging with Malcolm to appearing on TV?

“Well Mark Arden and I were both out of work actors, so we decided to form a double act, just to get some bear money. We’d do the act for £20 in pubs and clubs. We ended up gigging every day of the week and we got noticed.

“Alternative comedy had just burst on to the scene and the TV people were looking to put some of that on TV. We were picked up straight away. ‘Meteoritic’ is the word we’re looking for. I’m a red dwarf now, but I was a burning super nova at one stage.

“I guested with Mark on The Young Ones a few times before we were asked to do a live TV series with Jasper Carrot called Carrot’s Lib. We weren’t bothered about it going out live, we were happy to be on the TV. Then before we knew it we were doing live TV again for the Friday/Saturday Night Live Channel 4 series.

“So when I was asked to do Whose Line… and I found out it was recorded, I thought, that’s cheating!”

Not everyone can do improv though.

“Some comedians can, some can’t. We used to tour with my Stephen Frost All Stars improv show, which was similar to Whose Line… but without Clive Anderson – to keep the fees down. Some of our guests did better than others.

“The line-up for this show is amazing though. I’m genuinely excited about performing with this team. Greg and Colin both improvise so well, it’s just great to watch. I mean, I’m pretty good at it, but these guys are just superb.

“It’s a good format. For example, Clive will have us play a scene – maybe two sailors changing a light bulb, then the audience shout out genres. So we do it as a Western, then maybe Opera, Manga, 70’s sitcom, whatever. There are lots of different games. You really have to think quickly.

“I first picked up doing improv at school in drama lessons. I loved doing it. So improv is my oeuvre, if you will. But on the other hand I’m terrible with scripts. I can’t remember lines. With my old double act it was all improvised banter and if we stumbled across a gem we just remembered it. We never wrote anything down.”

Do you ever feel like doing the old double act again?

“No, not really! I’m too old now. I like my imrov, though I’ve been doing a bit of TV straight drama. I can read poetry, I’m very good at that…”

But you do keep coming back to Edinburgh.

“I love Edinburgh. I’ve been going up there for over thirty years now. I used to do a thing called The Wow Show. Then I did the double act. I’ve done a few solo shows. Then I was in the play, Twelve Angry Men, And then I did a pub quiz in a tent in Princess Street Gardens. I think I’ve earned my stripes!”

Who would appear on the Stephen Frost Comedy Roadshow?

“I’d have John Hegley opening, a little song and a poem. Then I’d resurrect The Greatest Show on Legs, doing the balloon dance – be nice to get a bit of variety in there. Then I’d get a vicious political satirist in to swear a lot and upset everybody, someone like Tom Stade or Andrew Maxwell. And then I’d have me on, telling stories about how I got started in showbiz. Sounds good to you.”

“I’ll mention it next time I bump into anyone from the BBC.” 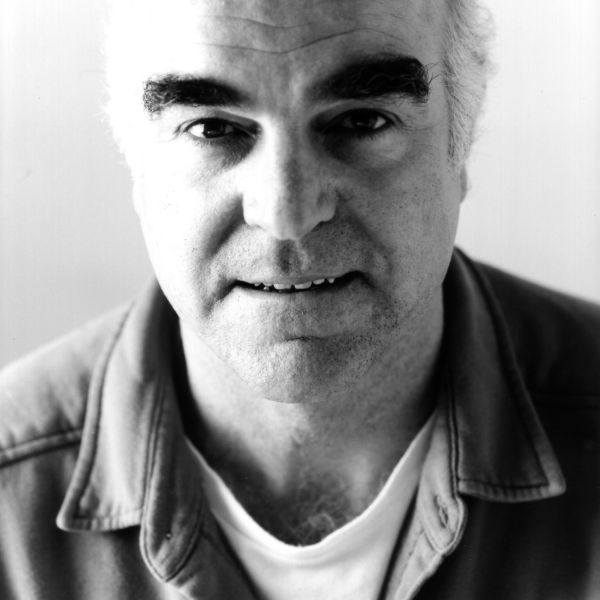