Please tell me about your 2022 Edinburgh Festival Fringe show, Against The Odds.

It’s a one-man comedy musical about cancer, that rhymes. I started writing it the day after my last treatment, it was free therapy. I didn’t intend it to rhyme but that’s how it came out. Very weird.

What do you recall about your time on Britain’s Got Talent? As you moved from the auditions through to eventually winning the final, what memories stand out?

It all coincided with my cancer diagnosis so that tainted a lot of the experience for me. That being said, a diary entry on the day of recording the finals says: ‘It’s been a crazy couple of days rehearsing and recording the show and I haven’t thought about cancer once so I am very grateful to the show for that.’

The audition was the highlight for me, even more than winning the show. I hadn’t been diagnosed at that point, audiences were still in theatres and I was on stage at The Palladium. Life was sweet.

Did you feel you had to keep your health issues secret?

Absolutely. BGT love a good story which I totally understand. It’s a TV show first and a talent show second so if they can create a narrative, that’s what they’re going to do. I’ve been in this business for over twenty years and the thought of getting sympathy votes rather than being recognised for my talent would have upset me more than the stupid cancer did!

Your subsequent UK tour was postponed due to Covid-19. After all that pain and hard work! How did it feel to go from the limelight, to being stuck in the midst of a pandemic lockdown?

I don’t feel that I missed out as I’ve never won the show when it wasn’t in lockdown so I don’t know what I was missing! Plus I’d just built a small home studio so I was doing a lot of virtual shows, often wearing my slippers, then I was back with a cup of tea in my own kitchen seconds afterwards. There’s something to be said for that.

Also it occurred to me recently that under normal circumstances I guess I would have been driving up and down the country or even jetting off for shows in exotic locations which would have been very exciting but I would have had to turn a lot of offers down to fit around my hospital appointments. Maybe that would have been even more frustrating. As it was I could do a show in my studio the same day as going to the hospital, so maybe everything happens for a reason. Or I was just lucky. Or not. Who knows?

Then I got to do my tour anyway in 2021 which was amazing. I can’t wait to get out there again next year with this new show.

One of the most argued and debated issues in the history of the world, or at least since the invention of biscuits. Obviously it’s the HobNob, either plain or chocolate covered. Both work. Surprisingly, Custard Creams are also good dunkers. The biscuit remains quite firm and then you’re rewarded with the creamy, slightly melted centre. 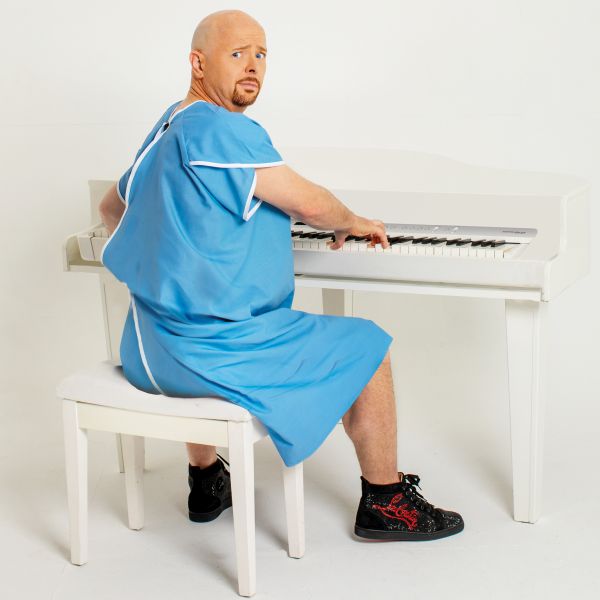