Recently deceased Sam has always got by on loveable mediocrity, and expects to do so long into eternity – until his delusion is shattered by a deeply uncompassionate receptionist at the gates of Heaven. Desperate to avoid a) Hell or b) rebirth as a nivea labrat, a cockroach, or Gonorrhoea, he sets out to appeal his low karma percentile, and is allowed seven days in Heaven in which to recruit friends, family and lovers among the virtuous dead who might testify in his favour. On the way, he discovers that everyone in Heaven seems to know each other, hate themselves, and somehow maintain a grim fascination with sexual deviancy long after all the excitement has worn off. Increasingly frustrated with celestial bureaucracy and beginning to doubt that everlasting bliss actually floats his boat, Sam gradually and suddenly reaches the conclusion that the only way to get what you want might actually involve harnessing the powers of friendship, chaos and flagrant self-absorption to overwhelm the system.

We wrote this play in 2019 and were set to take it to the Fringe in 2020 until we were thwarted by an unplanned surprise pandemic. The script has changed quite a bit since then – it’s more mature (as are we) – and it’s quite bittersweet for the show to finally be seeing the light of day.

I’m looking forward to meeting other performers, seeing a wide range of cutting edge comedy and testing out what works and what doesn’t in my own routines. Pearly Gates is an energetic script with a fast-paced barrage of gags in every scene – and we’ve assembled a great cast to pull it off – so I’m confident we’ll have a great reception!

I’ve always been a big Limmy fan – he does his own thing and never seems overly concerned with what the rest of the comedy world is doing. Growing up in the 2010s in Glasgow, it was great to have such a genius comic giving my city some airtime.

Quite scary! I had a lot of anxieties that I wouldn’t be able to do stand up anymore during the pandemic – at one point it seemed like live performance would be a thing of the past! However, I’ve had a good few months of throwing myself into it and it’s been a super productive phase since the start of 2022. Regarding the Pandemic, the best way forward is to make positives of the last two years – having had such a huge disruption I’ll be much more appreciative of every opportunity I do get from now on.

What’s it like organising a play you wrote when you’re primarily a stand up.

Something I love about stand up is being able to have an idea, write it and then perform it all in one day. With theatre there’s a much longer and complicated process involving being able to work with lots of people with their own styles. Being able to work with the director and my co-writer, Lara Cosmetatos, who’s incredible at what she does, has been so exciting. She’s incredibly devoted to the show and always full of ideas for pulling the it off the page. She’s also very adept at nurturing a wholesome and inclusive feeling in rehearsals – everyone feels very on-side and we’ve been working like a well oiled machine. 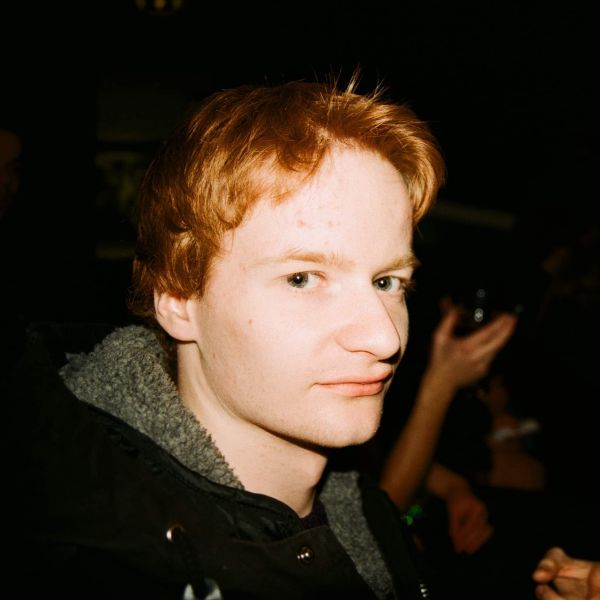