The Bleeding Obvious is an original musical cabaret about coming out of the big queer pink closet and trying to find a label. It’s told through an hour of songs and anecdotes: some are laugh-out-loud funny, some are poignant, all of them are queer and peppered with earworms and catchy tunes.

Over that hour I cover things like reactions from family and friends, growing up with Section 28 in the 1980s, straight tourists at Prides, creepy blokes at parties and dating disasters, all with a healthy dollop of genderqueer and transgender experiences of middle age. If you’re somewhere on the LGBTQ+ spectrum there’ll be something you can relate to.

I love Edinburgh, it’s just so varied! I know they say it’s four seasons in a day but that seems to apply to a lot more than just the weather.

For my money being up at the Fringe isn’t just about doing a show, it’s also about seeing what other people are up to, get inspiration, make friends. Although it’s been a longstanding ambition to do Edinburgh I hadn’t originally intended to perform this year but things fell into place post-COVID and here we are. They (whoever they are) say “do something every day which scares you” eh…

So yes, I’m really looking forward to it.
I also compere a comedy night in my home town (Wakefield) called Sips & Giggles so will be looking out for future acts for that as well.

The Bleeding Obvious fits in that niche of original cabaret – proper original cabaret in the classic sense of the term – so I take a lot of inspiration from performers such as Tim Minchin and Neil Hannon of The Divine Comedy. The showmanship-plus-activism-plus-music combination, you know? I get compared to Victoria Wood quite a bit as well.

Musically, activist pop from the likes of Chumbawamba and Tom Robinson feature heavily as influences.

My friend Rich Watkins is doing a show called Reclaiming Harry up at CC Bloom’s which I’m going to try and catch on my day off, and I’m looking forward to Jen Ives’ Peak Trans show. I’ve got a lot of respect for Jen, she’s fab.

I’ll probably try and catch the NewsRevue too – it’s pretty much a Fringe institution, isn’t it!

So are you really a “demisexual panromantic polyamorous androgyne”, whatever that is? 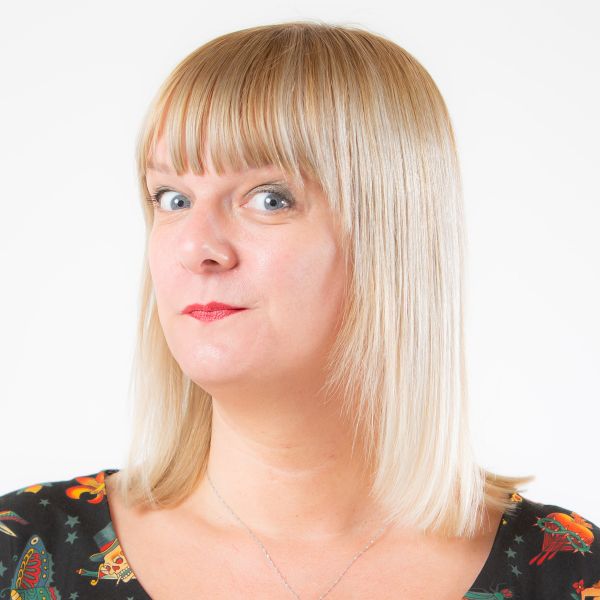