After spending eight years doing a comedy apprenticeship – working as a barman in London’s Chuckle Club – Jonny Awsum made the transition from being a scared newbie to a headliner in a matter of months. Martin Walker finds Jonny preparing to make his Edinburgh debut.

“I always say that I’ve been training for Edinburgh for the last 3 years. I’ve done over 600 gigs all around the world in every kind of venue so I know what works and what the audience will enjoy most. So the Edinburgh audience will be getting all of my best bits!

“The focus is very much on comedy and making people laugh, but I’ll be using my trusty guitar and various other sexy noises along the way. I won’t be touching on politics or the news as I prefer to take the audience through the bigger life questions such as how can we win the X-Factor in the groups category? Who in the audience is a true Man of the World? How do you woo a girl who’s way out of your league? And what is the ultimate song for performing an air guitar solo?”

Tell us about your work on Sky Sports.

“The Sky Sports team wanted someone to introduce the fighters before a big boxing match so they dressed me up as a ‘twisted ringmaster’ complete with top hat and cane and a painted moustache. By the time the make-up lady had finished I looked like a cross between Charlie Chaplin and Zidler from Moulin Rouge. It was definitely one of the weirdest things I’ve done.”

Can you describe your comedy?

“I’m going to leave this to someone who’s seen my recent preview and tweeted afterwards ‘great stuff tonight, Sexy Noises is exactly what a show should be – fun, energetic, engaging and above all funny’ I really liked that as it’s just what I’m going for with this show. If you’re still not convinced you can see lots more audience comments on my Twitter feed. Anyone who comes to one of my shows looking for a good time will love it.”

Wow, that’s a tough one – I served my comedy apprenticeship as a barman at The Chuckle Club and so I’ve seen hundreds of brilliant acts. I’d start with one of the musical acts that got me started, one of the real legends like Rob Deering, Mitch Benn, Richard Norton or Steve Gribbin. Then I’d bring on Tom Stade as he just rocks it every time and he’s got one of the funniest openings to a set that I’ve seen. Then to finish we’d have a taste of The Boy With Tape On His Face. We share the same agent and he is blazing a trail for all the comedians like me who are doing something a little different to conventional stand-up. 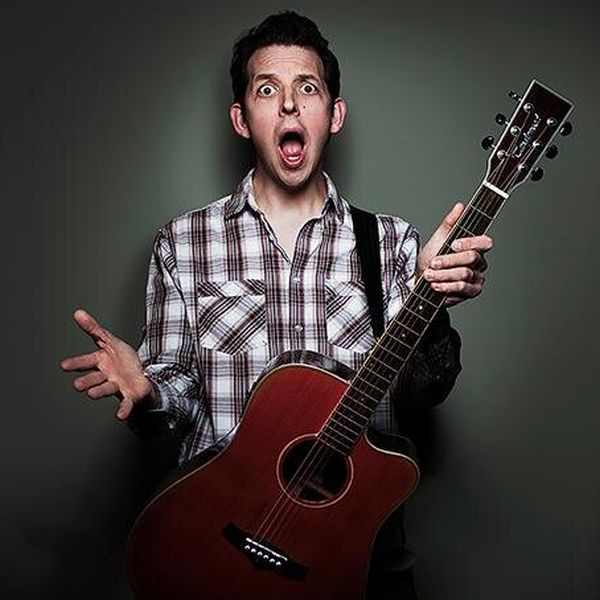