Hello! Sky is my debut show, and it’s about moving home to Stevenage during the pandemic and the changes to my life that this move caused. My partner Emma and I thought we were going to use working from home to get out of London and experience the suburban idyll, but we ended up living in a bizarre cross between a David Lynch film and an episode of Malcom in the Middle – such is the insane mix of grim chaos and zany, slapstick characters we’ve had to deal with. The name Sky refers to something that massively affected us that we encountered along the way. Despite the grand narrative aspirations I appear to have foisted on the show in this answer it is also just some, hopefully, thoughtful and funny observational stand up done in a, probably pale imitation, of the comics I love like Kevin Bridges, Lee Evans or Simon Amstell.

How easy is it to discuss personal and family matters on stage? Have members of your family seen Sky? What do they think?

I think it’s quite easy, as all of the family members I talk about are discussed affectionately, and it’s often me who is the idiot in whichever situation I am describing. All of the people who I talk about are kind of heightened versions of themselves as well, so I think they would clock that if and when they watch it. My Mum and Dad get a bit of time spent on them, and they’ve never said “Shut it down” but equally, now I think about it, I’ve never really asked permission – maybe this question is a reminder to check that my stupid comedy show isn’t causing festering familial resentment?

You’re a graduate of the popular Soho Theatre course. Tell me about the course and how it helped you hone your comedy.

As you can well imagine, the London open mic scene is run by a terrifying spectrum of people who range from harmless but abrasive weirdos to genuine villains and perverts. When you’re a brand-new comedian you balance this desperate need to fill the void in your personality that comedic validation provides with the repulsion that you feel at having to sit in these rooms for 4 hours on a Tuesday waiting for your name to be pulled out of a hat by a psycho so that you can do 4 minutes of comedy to 20 other comics who are looking at their notes. The Soho Theatre Course is an incredibly valuable forum to develop as a comic away from that horror, and I loved it when I did it. It was supportive, allowed you to build connections with other comedians, and actually reminded me that I enjoyed comedy at a time when the open mics I was going to made me want to never watch or do comedy again.

Was stand up comedy always the dream, or did you grow up thinking you’d be something else?

I didn’t even think about doing stand up comedy until my last year at University. I enjoyed making people laugh socially, but it was never something I thought about doing as a hobby or whatever. I did think about going to the Uni Comedy Society once, but I went to see one of their shows, which was a Have I Got News for You parody about campus life, and it made me want to be dead. It took a while to shake that off, and then I lived abroad for a year after I graduated. It was only when I came back to London having spent a year writing stupid ideas in a notebook, ideas which were on reflection mainly about the footballer Kolo Toure, that I thought about actually trying it. I did an open mic in Dalston, found it so stressful that I didn’t do it again for about two years, and then never looked back. Up until then, I had wanted to be a football journalist. Must have a thing about dying industries.

How much do you think about the music you are going to play before a show?

Great question, thanks for asking. I think about this roughly 100% more than I do about the material in the show. You need a song that’s lively, but not so much so that people think they’re at a club night. It’s a hard balance to strike. This year, I think I’m going to opt for Material Girl by Madonna. 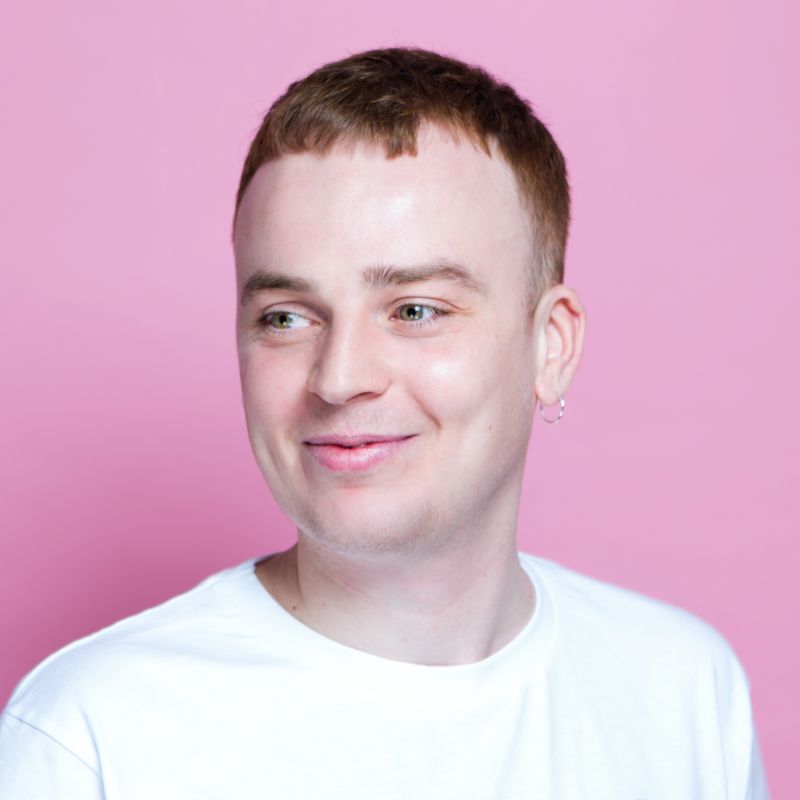