Internationally acclaimed comedian, presenter, actor and writer, Laurence Clark is back at the Edinburgh Festival Fringe with his new stand up show, Moments of Instant Regret, directed by the brilliant Matt Holt. Martin Walker finds out more.

“I guess most people will have experienced moments where they’ve said or done the wrong thing and instantly regretted it. So this show is essentially about how much of an arsehole I can be, which is doing wonders for my ego! In the past my material has focus on how other people can sometimes treat me unfairly, but this show looks at how I sometimes respond disproportionately. I’m really excited to be taking it to Edinburgh as this show is much more personal than anything I’ve done before.”

This is your eighth Edinburgh Fringe show. What keeps bringing you back to Edinburgh?

“On the whole Edinburgh has been good to me over the years, as it’s enabled me to make a name for myself without playing lots of comedy clubs which are mostly inaccessible. Edinburgh audiences are fantastic as you get a discerning comedy audience who are not afraid to try new things.”

How do you feel about BBC3 being axed and do you think it’s right for the BBC to forbid all male panel shows? Should there be quotas on such programmes?

“I’m distraught about the demise of BBC 3 – where on earth am I going to watch endless repeats of Doctor Who now? With respect to quotas, I’m normally against them as they smack of tokenism, however having been part of a number of broadcaster’s initiatives to increase the representation of diversity on television which have ultimately come to nothing, I think in this case they are needed to get things moving. I’d just selfishly like to see them extended to disabled comics as well!”

Moments of Instant Regret is being directed by Matt Holt. How did that come about?

“I first met Matt ten years ago when we were both doing shows at a fringe venue called Pod Deco which subsequently went bankrupt – I was doing The Jim Davidson Guide to Equality and Matt was doing a show called Nudge with Charlie Chuck. I’d not seen him for years, but when I was looking for a director, I looked up who had directed Brendan Burns’ show So I Suppose This Is Offensive Now – which I still think is the best thing I’ve ever seen at the fringe – and got in touch with Matt again. When we started putting the show, the stories that made us both laugh were the ones where I get it horribly, horribly wrong so we built a show around them!”

“I’d probably invite some of my fellow comedians from the group Abnormally Funny People, given that us disabled comics don’t make it onto TV that often. They could even use it to fill up their quota!” 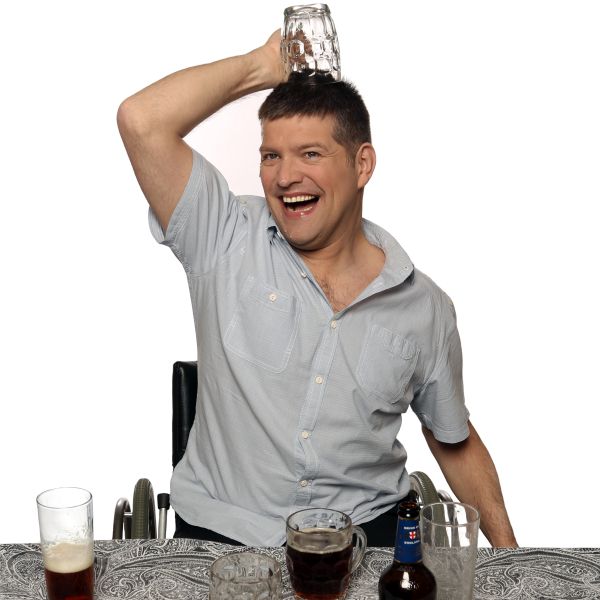