Live from the studios of Forth One this Edinburgh Festival Fringe comes Zoe McDonald, who is suffering from FOMO – The Fear of Missing Out. A Fringe theatre show inside a radio studio, audience members pop on a set of headphones and get exposed to Zoe’s world.

“FOMO is a one-woman show. I play myself, and my twelve alter-egos. It is a meditation on what it means to be a woman in our world today. Also how we connect as a society in the digital age.”

It’s a great idea, performing a show in a radio studio.

“When I first conceived the show, I had an idea about what I wanted to say and I had a bunch of characters that I had been working on. Initially they were almost like monologues. After a series of workshops with my team, Directors Bryce Ives and Nathan Gilkes, we discovered that this work sits best in a radio show format.

“We first performed the show in a radio station for the Adelaide Fringe this year. We decided to be really responsive to the space. What emerged was a site specific version of the show, where the experience begins from the moment the audience enter the foyer and then put on their own set of headphones.”

You stormed the Adelaide Fringe and Melbourne Comedy Festivals, were you prepared for the huge success the show has become?

“The response to the show has been amazing. I had no idea it would have a life past its first incarnation. I have a tendency to play things down. Perhaps it’s an Australian trait! I think no matter where the show goes, the most important thing is that we keep the communication with the audience and the live energy of the show.”

How do character comedians differ from straight stand-ups?

“Both character comedians and stand-up comedians observe the world we live in and turn the mirror back onto the audience. The difference, I believe, is in the delivery. I like to observe people and then jump into their shoes. As a stand-up comedian, you are the voice or the vessel for the stories yourself. Everything about the timing of a joke, to be responsive to the audience and awareness of the trajectory of a story is similar I believe.”

“My guests would be: Tina Fey, Mel B from the Spice Girls, Kristen Wiig and Penny Wong – she’s a kick ass Australian politician.” 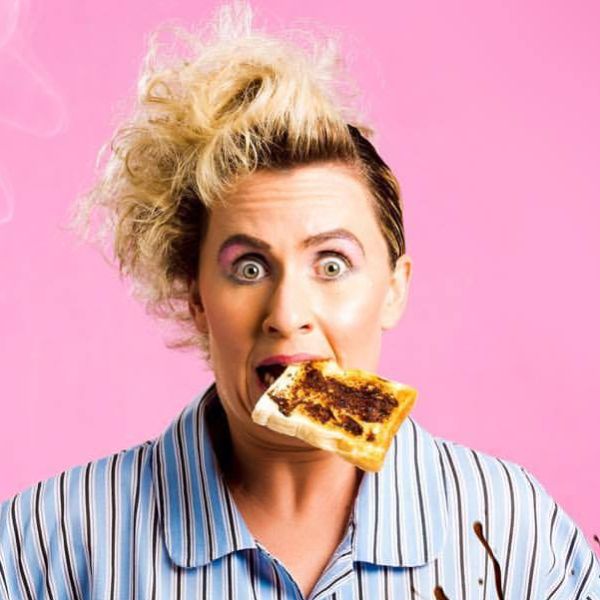