Returning to the Edinburgh Festival Fringe is Adam Riches. The 2011 Foster’s Edinburgh Comedy Award winner is back with, according to the programme listing, ‘a brand new hour of phenomenal bullshit’. Martin Walker finds out more.

“It’s another cavalcade of a-holes unleashed in front of, on top of and sometimes inside of the audience, in which I play seven characters, five male, one female and a Sean Bean. I don’t think it’s as intense as my last show or as physically exhausting for me to perform. But it is hopefully as funny. Funnier even. In fact I can categorically state that it is funnier than my last show but not as funny as my next one.”

How did you get into doing comedy? Do you see it as a career or a calling?

“I wrote dramatic plays that people laughed at, so I replaced drama with comedy on the press release and then went chasing those yuks. Taking various characters from the plays, I performed them as five minute slots on various nights around London and then began gathering them together to make a multi-character show for Edinburgh.

“I wouldn’t ever describe what I do or why I do it as a calling. It’s barely even a career. Just a job.”

Audience participation has played a big part of some of your previous work. Has it ever all gone wrong? And what’s the best gig you’ve ever done?

“Depends. There’s been some tough nights for sure. But I always get something from it, that helps me improve on it for the next time. A line, a look, an alternative approach. I tend to think that if you know your character, know why you’re using the audience and have worked out most of the angles, it rarely goes wrong as such. It just becomes a different kind of right. Besides, I always try to keep most of the bits quite loose so that I can embrace the tangent if it comes up and to be honest most scenarios can often be salvaged with a smile and a blackout.

“As for my best gig, I hope I’m still awaiting it as if it’s already happened I am in big trouble.”

You have previously won the Fosters Comedy Award. Did that change things for you?

“Absolutely. It gave me a real personal and professional boost. I now have fresh doors waiting to be slammed in my face and new production companies to bemuse. In all seriousness though, it was a lovely surprise to win and the places it took me to and the people I got to meet from it are such great memories of what was meant to be just a simple hour of festival comedy. It also took a certain pressure off from producing this show as well, a pressure to be recognised I think, that I was never really aware I had to begin with. Replaced it with a different kind of pressure… that of expectation.

“But I try not to think about that and instead just do what I always do and keep everything simple. Do I like it? Do I find it funny? Would I pay to watch this? If it passes two out of those three I’ll be happy!”

“Will Ferrell. Bill Murray, Mike Myers and Bill Hader. Spinal Tap as the House Band. Howard Stern as MC. I might try and squeeze on myself but probably will just open it as their warm-up act.” 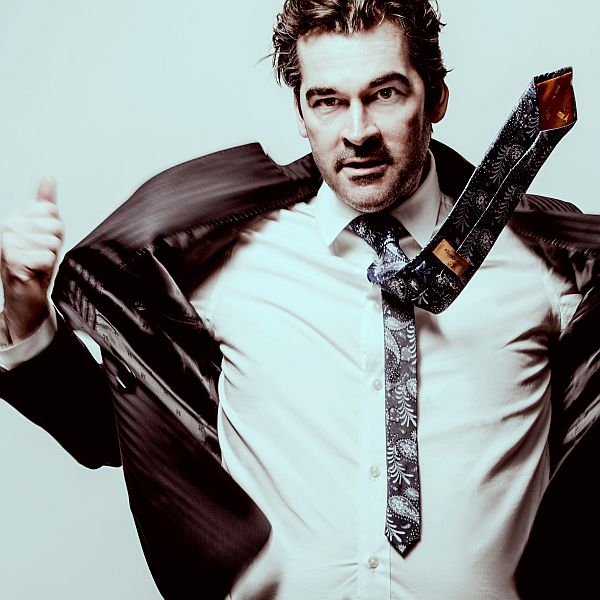