Nik Coppin is a mixed race British comedian who was labelled ‘racist’ in a major Australian newspaper. This, the legal repercussions thereafter, as well as other experiences surrounding his heritage was the inspiration for his Edinburgh Festival Fringe solo show Mixed Racist.

“In Mixed Racist I talk about my experiences as a mixed race person in many different situations in the UK and globally, including being labelled racist against black people in a huge Australian newspaper during the Adelaide Fringe in 2012. Indeed, yes, racist against black people even though my dad is a black man from Barbados. Hilariously ironic.”

“I have performed and worked wirth Alex Petty on many things and a such we are like business partners on some level. But I originally chose the Free Festival because it gives a great opportunity to performers to get to do the Edinburgh Fringe that before would not get the chance. It’s why i started and why I stay.”

“After years of wanting to be a comic book artist, I decided that I wanted to do something different. Art college? No thanks. I thought about dolphin training, boxing and loads of bizarre things. Then I thought about acting, but again the idea of drama school did not appeal. I discovered that many people got into acting through stand-up comedy, so started to look into that. I eventually got the courage up to give it a go and never looked back. Acting now? I get collared to do a bit from time-to-time, but stand-up is where the heart and fun is.”

“The best experiences are obviously those shows that whatever you do and say the audience loves it and hangs on your every word and want photos with you after. Amazing times. Then there are those shows that are like pulling teeth and people just look at you like, ‘what are you even doing up there?’ Fortunately those ones are very few and far between. Live comedy that isn’t TV stars and the everyday comedy circuit has taken a turn for the worse in recent years too, which is a bit upsetting.”

“If I could make it fly, the people that are out there that have great ideas, are fun and work hard and get overlooked. Not the pretentious ones that are doing it for a telly career, or the old hacks that are doing it just because they’ve worked out how to do the job, but the good guys and gals that underpin what being a true comedian is and have a real passion for what we do. Sadly, I don’t think the TV execs and viewers wouldn’t be interested unless we got the comedians to do some stupid tasks along the way.” 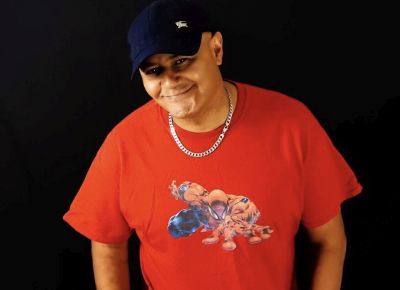