Please Stop is a comedy documentary which explores the view that every town and city in the UK now lacks identity, a problem made worse by urban regeneration. I basically use a mixture of short films and audio to make a case for why globalisation is a problem and how people can change the situation. This is not an obvious choice for a comedy show but I have always enjoyed trying to do the impossible! This is my debut show.

My first ever attempt at stand-up (and it was very much me trying to find my style), was at an open mic night in Manchester in September 2012. I never intended to do stand-up, I trained as a voice-over artist and used to dabble with impersonations, the comics I enjoyed e.g. Steve Coogan, Chris Barrie all used to do impersonations on the comedy circuit in the 1980’s and so I naively felt doing the same thing 30 years later would help secure me a voice-over agent, it didn’t. Nonetheless I realised I enjoyed writing jokes and doing stand-up and since 2012 my style has veered progressively into the alternative sphere of comedy.

I have always spoken too quickly in day-to-day life but I don’t have stammer or any medical condition so I have no excuse! As I have trained as an actor I have to undertake daily vocal warm up exercises or I will revert to gabbling, I have learnt burying your words at the back of your throat is guaranteed to gain no laughs and merely confuse an audience. Audiences, please be assured my diction is fine for the show!

This would have to be when I did an open spot at the Comedy Store in Manchester on a Sunday night in February 2016. I had been performing new material since December 2015 which had worked well at open mic nights but failed horrendously at the comedy store, I did 5 minutes to silence and then partially recovered with 2 minutes of gags which seemed to win back 50% of the room. A reviewer had attended that night and described watching me as ‘uncomfortable’ and advised that I should: ‘do something in politics’ as my material had a vague political edge.

Incredibly, since doing stand-up regularly in 2013, I haven’t received any other reviews.

I am doing an 8 day run of my show (19-26th August) during the last week of the festival so I am just hoping to get some reviews. I hope not to read any I receive during the week, as I don’t intend to change any of the content of my show so a bad review would only affect my confidence. My dream scenario would be to read them on the train back from Edinburgh and see how positive they all were (fingers crossed).

In general, I think if you have sent a press release to a company at the fringe and they write a negative review then you cannot complain. I would only take umbrage at a reviewer who attended my show uninvited and then wrote something negative.

I have no background in law so I am unable to comment on whether he should have been fined or if the correct verdict was reached. I value the importance of free speech especially in a world where surveillance is becoming ever more pervasive however, whenever I write any material or film anything I always try to pinpoint exactly where the humour lies, if the subject is sensitive/could cause offense then I would try to assess whether the possible laughs would outweigh any offence taken.

Creativity has no boundaries and so any subject, if handled with due diligence, should be explored. Nevertheless, I am not a fan of material that merely offers shock value to an audience i.e. merely voicing a statement that would never ordinarily be uttered in public, I do believe the idea has to amusing.

My material can be abstract but I rarely strays onto any subject that could cause offence. That said, when I have said anything contentious, it has always gained laughs.

I always hope the best gig will be the next one I do. I would say the most recent Edinburgh preview I did for Please Stop was a great night as the audience voluntarily offered me great feedback which made me feel that the show has a lot of potential. 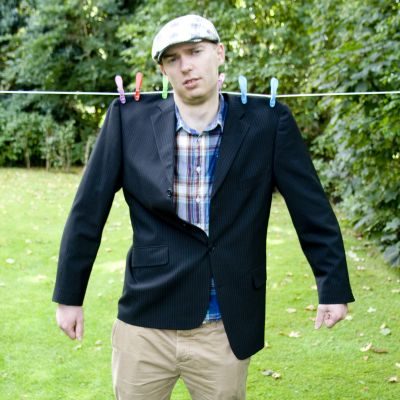