Back in 1998, Susan Murray won the first ever Jongleurs stand up award. Since then she has built an extensive list of writing credits as well as a number of stage, TV and radio appearances. She’s toured her one women stand up show nationally and internationally and is currently working on her next Edinburgh Fringe outing, Susan Murray’s F*ckwit Club.

“I’ll be at the Liquid Rooms Annex at 7.30pm every day, hungover like a bastard after my plans of jogging and sobriety have long since been abandoned in favour of late night gigs and Jo Caufield and Jojo Sutherland leading me and my liver astray. Goddam them.

“It’s called Susan Murray’s F*ckwit Club, which is a deliciously vague title – meaning I can do what I like up until the last minute. It actually comes from my bezzy mate, comedy magician Mandy Muden who has seen me at my best and my very worst. She thinks I’m hilarious when I’m fuming about something or other and always manages to stop me from blowing a gasket by muttering out of the corner of her mouth “Ooops, f*ckwit club”. I generally collapse in a heap of hysterical giggling. I have loads of things in my life that could only happen to me: did your dry cleaner sew a hideous collar onto you £200 white parka? No? Mine did. It really has to be seen to be believed. Did you Mum water a plastic plant for six months? Does your Dad go down every name in the family including your dead rabbit before he gets to your actual name? Some people don’t know who their Dad is, my Dad hasn’t got a clue who I am. Comedy is about angst presented in a funny way. The alternative title to this show was ‘Hell Is Other People’. Never a truer word was spoken.”

Susan has toured in such far flung places as Qatar, Dubai, Abu Dabi, China, and Indonesia. I wondered how this came about.

“Gigs like that come about from slogging your guts out as a Road Dog comic, then coming to the attention of a promoter abroad who plucks you out of your hum drum UK life, and pays you to go on holiday in return for saying funny words in the correct order. Definitely the highlight of any comedian’s career. 6 star hotel in Jakarata? Don’t mind if I do – even if I DID throw up on the plane due to the excesses after the gig in Bali the night before. I loved Bali and particularly enjoyed finally giving in to one of the many and relentless beach hawkers and having a henna tattoo but pretending it hurt like a real tattoo and screaming my head off. “

Back home the BBC has banned all male panel shows and is planning to axe BBC3.

“I agree with the ban. Mainly so I can get a goddam look in. They should have an all-woman one with Sarah Millican as host and myself and Jo Caufield as team captains. Hello BBC? Anyone listening? I don’t think axing BBC3 is a good idea. How the hell will I watch family guy twice nightly? Is nothing sacred?”

“Well my nickname and stage name in the very early days was ‘Harpie The Red Imp’ as I’m small, mischievous and had bright red crimped hair for a year due to my love of Bradford anarcho-folk-punk rockers New Model Army. I used to hitch hike all over the UK to see them. At one point they even did a season ticket. Ahhh those were the days, stood at a windy service station hoping the next lift wasn’t a murderer. But it turned out to be a great name for a comedy club I run in north east London, Walthamstow or Awesomestow as a lot of the white middle classes insist on calling it. I’ve had some really big names come to my mid-sized club: Mark Thomas, Bridget Christie, Richard Herring, Tim Vine, Omid Djalili, Jeremy Hardy but to name a few. If I can get Stewart Lee, Mark Steele and Eddie Izzard to play Red Imp I’ll die a happy woman and be made Mayoress of E17.”

I wonder who Susan’s guests would be if Red Imp transferred over to television.

“All the unsung heroes I work with week in week out that for some reason or other never quite got a major break: Ben Norris, Paul Tonkinson, Dan Evans, Geoff Norcott, Paul Thorne, Ian Stone, Sallyanne Hayward, Jojo Smith, Jojo Sutherland, Sean Meo, Mick Ferry,Steve Harris, Alex Boardman, Mary Bourke, Angie McEvoy – oh too many to mention. If I was choosing a well known bill it would be Bill Hicks, Wanda Sykes, Eddie Izzard, Greg Burns, Mark Steele and Seth McFarlane – just so I could meet my hero.” 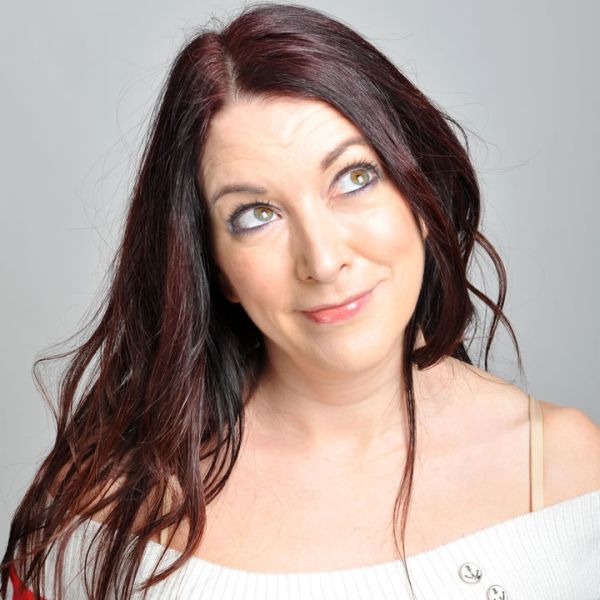