Have you been mis-sold PPI? Sarah Campbell hasn’t either and her friend got seven grand! This Edinburgh Festival Fringe you can join Sarah for an hour of mind-blowing stand-up. Martin Walker interrupts her writing the impressions show, Dead Ringers, to ask about her latest Fringe offering.

“It’s called Don’t Worry Guys It’s Sarah Campbell. It’s about how I worry about most things on behalf of the wider population. A trip through the fevered workings of my brain.”

This is only your second Edinburgh show. How did it go last time?

“Last year the show itself went great, but everything apart from the show went terribly. I fell victim to a rogue landlady, had my bike stolen, and contracted a lung infection. It was an administrational shit-storm. The only thing that kept me going was that for an hour a day I had a good time doing my show. And even though I didn’t have any producer or PR, good stuff came out of it, like I got picked up by Radio 4 for their Fresh from the Fringe Show, which was gratifying.”

You’ve written for the biggest comedy shows on TV and you’ve also acted in several TV roles. Which is your first love, writing, acting or stand-up?

“My first love is making people laugh. I don’t mind what form it takes. My motto is: if you pay me I will pretty much do it.

“There are differences. If you’re doing stand-up or live acting you’re constantly being directed by the audience’s laughter. If you’re doing something for screen it’s a bit trickier because your immediate audience is the crew and they are specifically not allowed to laugh! But that means seeing the soundman’s shoulders shaking out of the corner of your eye is doubly satisfying.

“Also I think there’s lots of overlap – if you’re writing for someone else you sort of have to pretend to be that person. I’m writing for the new series of the impressions show Dead Ringers at the moment so I’m spending a lot of time wandering round my house pretending to be Idris Elba.”

How do you describe your live comedy to people who haven’t seen you before?

“Someone once described my comedy persona as “Enid Blyton meets Children of The Corn” which I think is fair.”

If you were curating a music and stand up show for television, who would be your guests?

“As well as all the usual suspects who I grew up obsessing over – Billy Connolly, Victoria Wood, Harry Hill, French & Saunders, I’d have David Hoyle and Barbara Nice. They’d bring the requisite amount of chaos. The studio would probably get burnt down but it’d be quite the watch.” 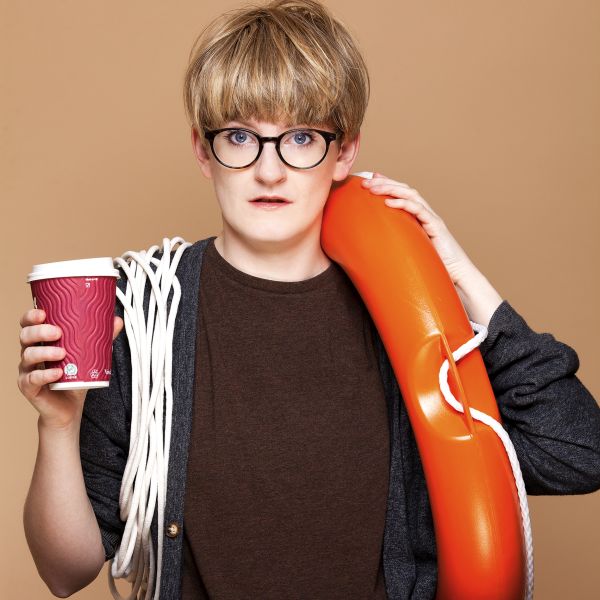