Glenn Cosby loved to cook and bake throughout his childhood and teens, but got distracted when he went to university. He became a teacher and started to bake again, but didn’t really get back into it seriously until Bake Off.

“It’s no news that many comics and performers used comedy as a self-defence tactic while growing up. I used food: as a buffer; a deflector, a bribe and a diversion tactic. After all, no-one asks the teenage closet-case if he has a girlfriend if he’s so over-weight as the answer is self-evident.

“My Edinburgh Festival Fringe show, Food Junkie is about how my love of food has shaped my life – and my physique – from childhood to baking in front of millions on the Great British Bake Off. Of course I’m not just going to chat hilariously and reflectively about my life – I’m also going to be bake things in the world’s smallest kitchen and bribe the audience to love me with cake.”

How does it feel to make your Edinburgh Festival Fringe debut?

“It doesn’t feel like a debut since I performed in Greek tragedy, self-conscious drama and much more successful farce as a teenager in the early 1990’s as part of a student group. We performed in the wrong end of Leith Walk so naturally no-one saw.”

You became a household name after appearing on TV.

“I have got used to being recognised in the supermarket and stalked in case I buy any Mr Kipling’s. I am spoken to a lot in my local Sainsbury’s but if I want peace I go to Waitrose where people just stare politely over the Duchy Originals. The most arresting fan was a hefty woman in Asdawho grabbed my arm while pressing up against me and wheezed, ‘I’ve been watching you!’ I nearly shat myself I was so freaked out. Generally it’s just lovely people asking to take selfies and tell me they thought I should have won, I always agree on both counts.”

How do you feel about BBC3 being axed and do you think it’s right for the BBC to forbid all male panel shows? Should there be quotas for black or gay people?

“I am going to miss BBC3 in the abstract sense rather than because I actually watch much on it. I am definitely in favour of positive discrimination when there is a clear and unnecessary unbalance such as the gender split on panel shows and hell, if it means there’s a greater chance it’ll get me on telly then let’s have a quote for black and gay people as well. I’m not black by the way, just queer.”

“Eddie Izzard is a hero for so many reasons so he gets on as would Reginald D Hunter, Marcus Brigstock, Arthur Smith, Ruby Wax and Dawn French.” 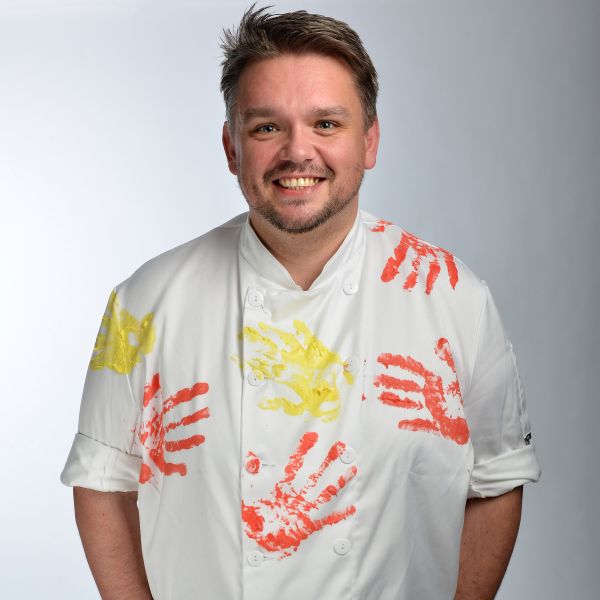