Nevermore was going to have a puppet of a Raven in it. (Hence the name.) He was provisionally called “Alan the Crowdwork Raven” and the idea was that he would warm the audience up in the style of a 1970s club comic. I did actually make the puppet, but it didn’t really work. It turns out audiences need a fair amount of warming up before you pull out a Mancunian raven. Then lockdown happened and Alan sat on the top of a cupboard for a year, silently watching me like an estranged double-act partner. Eventually, I decided to cut him from the show and write some actual jokes instead.

So, to answer your question, Nevermore is a stand-up comedy show that could have had a puppet raven in it, but doesn’t.

When you graduated from film school, did you know then you’d become a stand-up comedian?

I did my first open mic gig in the same week that I completed my graduation film at film school. My tutors hated the film. Actually, I don’t think that’s true – I think they scoffed at the film. Whereas the open mic had gone pretty well.

I remember one tutor laughing during what was supposed to be a dramatic scene. And I suppose I thought, “Laugh at ME will you? Well, what if I went away and tried to make people laugh ON PURPOSE? How’d you like that, eh?”

I guess I… um… showed them?

Tell me about your very popular spoofs on YouTube.

I am a purveyor of both popular and unpopular spoof videos across social media. One of the nice things I’ve noticed about a video not going so well is – almost every time – someone will tell me they think it’s my best video yet.

And I can see the stats, so I know scientifically that it’s not. Someone came up to me after a preview and told me that their favourite video was one that bombed. And while it’s lovely to do a joke that resonates with a lot of people, it’s also rewarding to nail a bit of niche humour. It’s a nice reminder that there’s an audience for just about anything, if you can find a way to reach it.

As a fellow red-head with blue eyes, where do I sign up for the newsletter?

If they realise we are organising, they will move against us. Let’s switch this chat to the Secret Internet Only For Ginger People.

Then it is decided. We strike at midnight.

Everyone wants to travel back in time to kill their own grandfather, but is it possible?

I would say no. The past has already happened, so anything that you do in the past already happened before you left the present. Any attempt to alter the course of history would be prevented by a series of increasingly unlikely and hilarious coincidences. So, if you want to kill your own grandfather, you’ll have to hurry up and do it in the present. 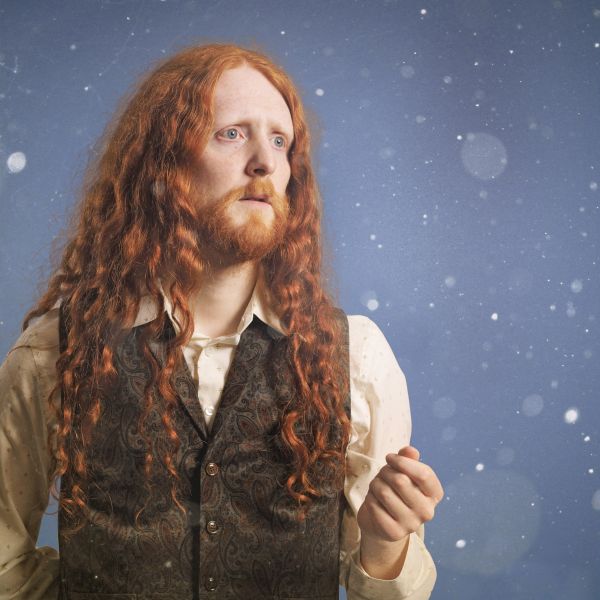