The Margate born Lloyd Hollett is a stand-up comedian and actor, famous for performing in a succession of high profile and popular pantomimes. He starts his sixth tour supporting Jim Davidson later this year. Martin Walker asks how he got started and what it’s like working with one of the UK’s most controversial comedians.

“I was inspired from a very early age. Probably around seven onwards by the likes of Russ Abbot, Brian Conley, Michael Barrymore, Freddie Starr, Bobby Davro and Jim Davidson. My family would take me to the theatre lots as a kid and most of these shows would be in Bournemouth where we would go on holiday. I got to watch many comedy legends perform and I had no doubt that I wanted to be in their field of work. When I was nine my teacher at primary school would let me perform a Russ Abbott sketch at the end of class every Friday. I would watch the show on the Tuesday, write the script out, after rewinding the VHS tape a lot, and learn it with my friends in the playground. It turned out that at the end of that term, I put all of the sketches together and ended up having my first one man show to the entire school when I was nine years old. I never looked back after hearing the sound of laughter.“

How do you describe your act?

“Unpredictable, cheeky, variety and manic, these are words that crop up often when people have seen me perform. It’s developed quite a lot over the years. I used to be more manic and run around a lot but I’ve mellowed a lot. I think it is a confidence thing really – when you are more confident with your material, then one doesn’t need to over exert themselves to gain an audiences approval. My audiences are so varied; I can never have the same act. For example, this year I’ve played the P&O Azura with a family crowd including children. In July I’m touring with Jim Davidson where the audience is 16+ – and in the Autumn I am touring all the Warner Hotels in the UK where there are no children present and the average age is 40+, before going into a seven week panto run in Canterbury… So I tend to enter a stage… and then see what happens…. It usually works!”

Is your first love acting, music, or comedy?

I don’t have a first love to be honest as my career has always been varied between acting, musicals, plays, farce and stand-up. I enjoy whatever project i decide to take on at the time really… and I find that makes the job exciting! Panto is a great love for me. This year will be my thirteenth consecutive year in a professional pantomime. Last year I played a villain alongside Samantha Womack which was immense fun! Working for Panto producer Paul Hendy is a delight as his productions are first class, with very cleverly written scripts. I believe Paul to be the best pantomime producer in the country.”

You mentioned that you’re supporting Jim Davidson on tour.

I was introduced to Jim in 2011 by the sadly missed comedian Dave Lee, who, coincidentally, worked with Jim in his Sinderella shows. Jim ended up casting me as Billy Simpson in his comedy play Stand Up & Be Counted which toured the UK. This was a very funny show which would get a standing ovation every night, which I believe is unusual for a play to get. When that ended, Jim asked me to do ten dates supporting him on his Summer Season. Three years later this will be the sixth tour I’ve done with Jim. I’m lucky and privileged to work with such a genius.

“Jim is a very generous performer and it’s like having a comedy professor beside me training me occasionally, and I love that. Jim often would give me tips, advice, suggestions on everything regarding comedy, whether it be the way I stand , deliver a gag, the pace of the timing, adding a pause, removing a pause, a glance to the audience. As Jim would say, it all makes the difference between a titter, and major laugh. I’ve seen certain gags and routines of mine go from a major laugh to applause on Jim’s advice alone! He is usually right. And quite rightly so, he knows his stuff. He can go onto a stage, and recite his past twenty four hours in such an off the cuff, improvised, hilarious way that everyone in the audience thinks that’s his act. Little do they know that he is different every night!

“Since Jim won Celebrity Big Brother I believe the press have been kinder to him on a whole, because they saw Jim for what he is… you can’t go into that house and be someone else without the public reading through that. Jim was himself. He was the Jim I know and he tells it like it is. Some people like that, and some people don’t. Thankfully the public loved that and voted him the overall winner of the series.

“Comedy is a wide spectrum. One of my favourite comics was Bob Monkhouse. I think he was brilliant, yet Bob would often get very down at how much the press were unkind to his style of comedy. I know comedians that loved Bob and I also know comedians that didn’t like him. The same goes with every comedian in the business. Regarding Jim, he’s selling out night after night with an audience that love him. That’s what matters.”

If you were putting together you’re own comedy TV show, would be your guests?

Mel Mellors is a wonderfully funny comedy Magician, Stu Francis – he’s still got it, Stephen Mulhern and Jim would have to top the bill! That’s the first episode sorted… 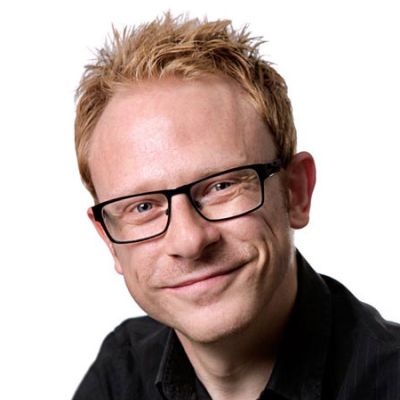