Well, it’s my tenth show and it’s about not giving up on dreams despite what fate, and your personal ability to do admin, conspire to stop.

Is the show, at least in part, a response to your feelings coming out of the covid lockdown?

Very much so. Prior to the lockdown I was about to call it a day. I’d managed to achieve quite a bit, had gigged in 16 different countries and had some lovely audiences etc. but I was always comparing that to what my peers had accomplished. The break gave me the time to not to judge myself on what others have done. Plus I ended up working as a Support Worker which has given more feelings of accomplishment than any gig could do.

I first saw you perform at PBH’s Free Fringe back in 2011. How has your comedy evolved since then?

Well I’ve written at least 3 new jokes since then. That year was the first outing for ’10 Films with my Dad’ which I took back to the fringe for at least 2 years too many. Though the advantage of that was to really hone that material and have a show that stood up to repeat performances. That’s developed into the personal themed story style that I do now. I just love taking something stupid that’s happened to me and having an audience to tell it to.

Tell me about your books 10 Films With My Dad and Never Eat The Buffet At A Sex Club. And is there another on the way?

10 Films was essentially the script of the show and Buffet was a collection of writing including all the stories behind one of my other shows The Joys of Retail. The title itself is a quote from a guy who, after I’d done a bit on stage about my bad knees, thought it best to advise me of a good massage parlour to attend.

My new book will probably be called Subcutaneous. Primarily because I love the sound that word makes. You can’t say it without sounding a bit posh.

Having performed on stage at the Hammersmith Apollo, what’s next on the dream list?

Getting paid for performing on stage at the Apollo. 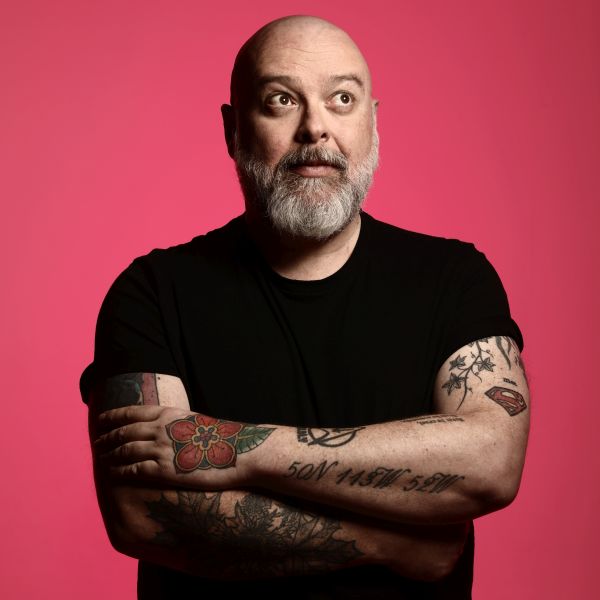