Well, I’ve spent the last few years interviewed dozens of top comedians for my ‘Funny Kind of…’, ‘It’s Funny and it’s True’ and “The Funny Life of…” series on BBC Radio 4 and Radio Scotland, digging into their intimate experiences of taboo subjects which they have joked about on stage. From mental health, through divorce, sexuality, disability, death, HIV diagnosis, rape and even murder, they have been very honest, revealing and powerful. Nothing has been off limits, and I’m really proud of how these programmes have managed to demonstrate the transformative power of comedy, and start conversations about tricky topics.

So… for Edinburgh this year, I’ve decided to face my toughest subject yet – myself! It’s a multi-media show, produced by the same brilliant team I’ve worked with at Dabster Productions, which involves me literally interviewing myself, regular stand-up comedy, as well as some other surprises along the way, which are already proving an exhilarating challenge for me!

Hopefully it’ll be as honest and relatable for audiences as the radio shows proved to be.

I was Fred MacAulay’s on air co-host on his BBC morning radio show, and we were doing a feature on a stand-up comedy competition for new acts. I flippantly said I wished I could do stand-up, and by the time I got back to the office after the show, the producer had signed me up for the Scottish heat of the competition as a stunt for the radio show! I had to write a 5 minute set, and then they came along and recorded my performance at the gig. I don’t think there’s a comedian alive who would want to have their first ever gig played out on the radio, but that’s what happened to me! Luckily it went well, and I won the heat meaning my second ever gig was the semi-final of the competition at the Comedy Store in Manchester! I was massively out of my depth by then and didn’t make it any further, but I’d already caught the bug.

Just before I go onstage is when the adrenalin is pumping hardest… but I try not to think of it as nerves, and more like nature’s greatest high! So I try to enjoy that feeling of PURE LIFE coursing through my veins – plus quite a lot of pacing!

The best reviews are the ones from people who know comedy, and who get what you’re trying to do! Jay Richardson, who I respect a great deal, said in a review a couple of years ago that I had it in me “to join the front rank of Scottish headliners”, and that genuinely gave my self-confidence a massive boost, just when it really needed it. I’m constantly riddled with self-doubt!

I can’t think of the worst – I must have erased it from my mind! There’s no point in dwelling too much on negativity – it’s not helpful. Take anything constructive you can, then move on!

You always know yourself whether you’ve got a good show or not, so it’s probably not that helpful an idea. But it’s like squeezing a spot – almost impossible to resist!

There are some reviewers who love comedy, understand comedy, and go to shows with the earnest intention of accurately and fairly critiquing the show. I like those guys… 😉

I think he needs even more attention than I do. (And I’d rather not give him any.)

No. And sometimes comedy is the BEST way to tackle difficult subjects. (But that doesn’t mean that everyone is capable of it.)

Based on audience reaction – yes! But more to do with ‘over-sharing’ details from my life, than offending anyone!

Probably when I supported Katherine Ryan (whom I love dearly both as a comic and as a human) at the Pavillion in Glasgow. I’d been to see so many shows in that theatre growing up, it was an absolute honour and treat to be on that stage myself, in front of an amazing Glaswegian audience of 1,400! 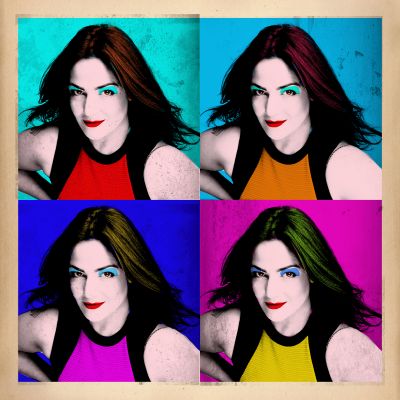