Tell me about the 2022 production of Lightweight

Lightweight is a darkly comedic solo play based on my year-long stay in an addiction treatment centre (which was originally meant to be a 28 day stay) to recover from anorexia whilst desperately trying to preserve a debilitatingly cheerful disposition. The show is based on my real life experience living in New York City during and after 9/11, my feeble attempts at hiding my eating disorders from my food-obsessed New York Italian family, my addiction to lying and cheating my way through recovery, and finally a reconciliation with life and death. The subject matter is heavy, but the comedy brings truth and levity. I portray several characters throughout the show – my wildly dysfunctional parents, absurd therapists, neurotic fellow patients, the ghost of a dead music icon, and a shockingly titillating cupcake. Honestly I still internally blush when I think of the things I reveal to theatres full of strangers (or worse – my actual family) each time I perform Lightweight! The show will break your heart and make you laugh out loud all at the same time. I love performing it live in front of intimate houses, and I feel that Edinburgh Festival Fringe will be a perfect home for this production for the month of August!

This is its European premier! Have you attended the Edinburgh Festival Fringe before?

This will be my very first time attending Edinburgh Festival Fringe! It had always been a dream of mine to attend as a performer in any capacity. For the past five years or so I would look at the website, click on every page, and decide “No, I’m not good enough for something of this capacity and reputation”. The shows that come to the Edinburgh Festival Fringe are remarkable! After I created Lightweight I finally felt that I had something that could really stand out in Edinburgh, so I applied to some venues, and then… Well, it was February of 2020 and we all know what happened next! I am just so grateful to attend Edinburgh Festival Fringe at last.

Tell me about the podcast, Banshees and Booze

Banshees and Booze is a podcast that I co-host with my long-time friend and comedy partner Tami Hillberry where we pick a topic each week – such as “Haunted Hotels”, “Haunted Toys”, “Haunted Museums” – and research all there is to know about it’s history of paranormal happenings. We also make a themed cocktail for each episode. When we did an episode about the ghost of Marilyn Monroe our cocktail was called “Diamonds are a Ghouls Best Friend”… made with champagne, of course! Tami and I met whilst performing together at The Second City in Hollywood, CA. One day after a show we had a few cocktails at a pub close to the theatre. She came out of the bathroom looking absolutely horrified… She had said that she heard a woman crying next to her in the bathroom, but she was the only person in there! It scared us both so much that we decided we would need more beverages to work up the courage and go back into the bathroom and see about that weeping ghost! That day we had so many laughs, frights, and cocktails that we wrote it into a stage show, and then it became the podcast. Very fun fact: we have an episode about the Edinburgh Castle!

You studied theatre at the American Academy of Dramatic Arts in New York City, comedy at the Groundlings and Second City in Los Angeles, and puppetry at the Jim Henson Company. Is acting, writing, comedy, or puppetry your first love? Or is it something else?

My first love is storytelling, and the first tool that I used to get my stories out was a pen and paper. As a child I couldn’t stop writing. I would write plays, commercials, short stories, poems, and even a novel by the time I was 12! I wrote not just for fun but because I needed to write. I grew up in a family where no one talked about heavier, darker things and my mind really went to some heavy and dark places. Also, as a middle child no one ever listened to me! Writing was the perfect outlet. When I would write plays for my little sister and I to perform, they were really goofy and heavily inspired by Jim Henson’s Muppets. I liked how they would make my family laugh. I found comfort and power in writing, performing, and being a comedian. I really wanted to touch audiences the way that Jim (Henson) could with the Muppets, and that’s where the puppetry comes in. The Muppets can make me laugh and then cry in the same minute. There is something so pure about them, but a little naughty too! Jim was a master at his craft. He could take a piece of felt and sticks and humanize it with words, expression, and soul. When I was invited to train with the Jim Henson Company it was an actual dream come true. I use one puppet in Lightweight in a single scene, but that puppet does exactly what I hoped it would do – steal the spotlight, be wholesome yet cheeky, funny yet heartbreaking, and above all, appear to be a living and breathing soul – not just a toy sitting on my arm. I couldn’t have achieved any of that without training with Henson. The American Academy of Dramatic Arts taught me how to act, the Second City taught me how to be a comedian, the Groundlings taught me how to write comedy, and The Jim Henson Company taught me that a childhood dream can actually come true… and that puppetry is really difficult!

Why did you write a story on such a dark subject matter as comedic in nature?

Lightweight may be a  story about addiction and anorexia, but it is told with humour, heart, and honesty in order to shed a light and lift the stigma on a common yet greatly misunderstood disease. In 2020, Anorexia nervosa had the highest mortality rate of all psychiatric diseases. Since the start of the COVID-19 pandemic, eating disorders rapidly increased at an alarming rate. You don’t have to be familiar with eating disorders in order to relate to this show. Lightweight explores the complex relationships with not only food and our bodies, but also our families, friends, peers, and ourselves. I want to give people permission to laugh at the difficult, the uncomfortable, and the unknown. There’s a lyric in a Jimmy Buffett song that says “If we couldn’t laugh we would all go insane” and that has stuck with me for a lifetime because it’s just so true for me. Life is hard, beautiful, and absolutely ridiculous and weird. It’s okay to laugh! 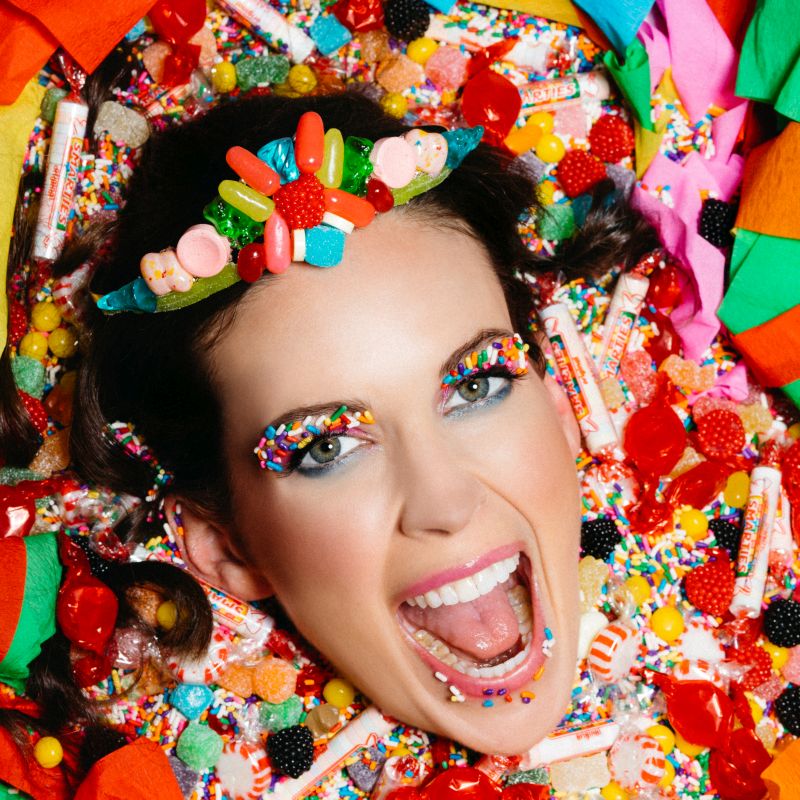