Cowboy Mouth by David Quirk, is a comedy show about other people’s dreams, dog years, and something called the Overview Effect.

In the past years I’ve done it, it’s meant competitive hell. Now, working with Bob Slayer it means uncompetitive heaven.

Not a review per se, but after one show during my first Edinburgh run in 2010, I recall hearing a punter say “We may as well have burned our money”. Which I disagree with.

Even more of a skateboarder than I am.

Why do we, in the so-called first world, continue to eat animals, when we don’t need to any more?

It would just be myself and Sam Simmons getting around, being rad. Being Aussie. 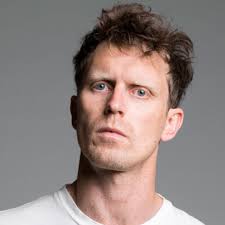