Lucy Pearman: Maid of Cabbage is a no-nonsense story about a maid looking for the perfect cabbage. Lark Rise to Candleford meets The Mighty Boosh.

I found a picture of an old painting six years ago. It was of an Edwardian maid holding a cabbage and underneath there was a quote that said ‘Traditionally unmarried women were sent into the veg garden to find the perfect cabbage’. It was a weird game they used to play in Ireland every Halloween. They would blindfold the women and send them into the garden and the cabbage they picked would represent the type of man they would marry. I don’t think it still happens because not everyone has a cabbage patch now. Annoying. So it is inspired by the picture but I have changed the reason why she is looking for the cabbage. It’s a sort of coming of age story but it’s also complete nonsense.

What does Edinburgh mean to you?
A bit of a crisis on Arthur’s seat (the mountain, not a chair that belongs to Arthur), 24 pork rolls at the Pleasance Courtyard (one a day), no time to dry my hair, loads of sweat so my hair just never dries, forgetting a jumper because I think ‘It’s August, I won’t need it’. EVERY YEAR I make that mistake.

Who inspires you and why?
Spencer Jones, every single member of the Weirdos Comedy Club, Kate Bush, Noel Fielding and the main one, Britney Spears. I respect them all for being brave and brilliant and weird. Britney’s hair grew back and she made it to Vegas.

Describe your best or worst experience on stage
When I was ten I had to play a boy that wrestled with an older, real boy who played Danny in a summer school version of the hit musical ‘Grease’. He did an actual wrestling move on me and smashed my knee.

If you weren’t a performer, what would you be?
Sectioned

What was the last book you read?
A book about servants in the 18th century. I’m going to be honest, it was a bit boring.

Would you like a burger and a holiday?
Yes, thank you.

Imagine that the BBC have asked you to produce a primetime show. What would it be and who else would be involved?
It would start with loads of animals singing, that would probably be the prologue. Then all my favourite comedians dressed in bright colours doing some great accents and characters tell a really great story. Then I’ll blow the rest of the hopefully massive budget on Noel Fielding, Britney Spears and Kate Bush to do the epilogue. 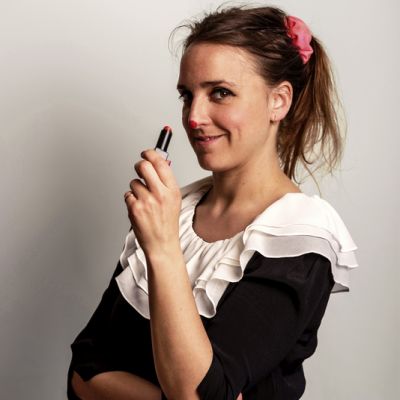