It’s a 45 min stand-up show delivered in a relaxed, conversational style. It starts at 5pm each evening so perfect to grab a pint and listen to a grumpy Irish man telling self-deprecating stories.

My first gig was in a lovely venue in Dublin called The House Presents. I did 10 minutes and got paid, leading me to immediately think if i didn’t quit my job straight away I may end up with too much money.

Put on my black jumper and grab a beer.

The worst review was two years ago at the Fringe when a Broadway Baby guy gave me 2 stars while saying I was “surprisingly funny”. He also said I had “some satisfying links back to earlier material” which is the longest way to spell ‘callback’ I’ve seen to date.

Reciting the better ones is less fun.

Sure. If I see one I’m not going to ignore it. But good or bad it’s better if you don’t let it affect you either way.

The same way I feel about journalists. I have a lot of respect for the ones who you can see have studied and honed their craft. But for every one of them there’s 100 bebo versions out there.

It’s rarely helpful to say “gas the jews” in any circumstances, so from that angle he was always going to get backlash. But a dog doing any kind of army salute is always gonna give me a chuckle.

No. It all depends on the intended target of the joke. Who’s face the custard pie lands on.

For some people maybe. I’ve other friends who say I’m too safe. So it’s not up to me to say what’s too far. Every audience member enters the venue with their own lines and moral barometers.

I do a theatre show in my hometown of Castlebar each year and that’s probably my new favourite every time. 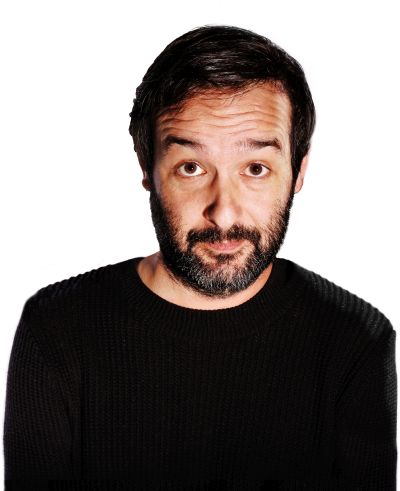