The urgently striving to be unstoppable Ellie White presents an hour of idiosyncratic character comedy. As heard on BBC Radio 4’s Fresh from the Fringe seen on BBC3’s Live at the Electric. Martin Walker asks about her Edinburgh Festival Fringe debut.

“It’s a character comedy show – so it’s me, performing about 6 characters over the course of an hour. That’s it really. A fairly simple premise, and hopefully more funny than that description. Oh, and it’s free which is good.”

“I’ve been performing at the Dot for about a year and a half now. I started as part of their New Wave night but have since done all sorts of shows there from a Halloween night to being involved with The Circus this summer. It’s a great venue for new acts to perform along more established names and (I think) the audience come along knowing that they’re gunna watch more off the kilter material. It feels very nice to be asked to perform with them in Edinburgh. Nice but also very scary.”

“I do characters, so I’m never myself on stage. They range from the over-the-top and arrogant to the extremely timid and meek. I’d say it’s erring on the weird, but not so weird that it’s alienating (I don’t think…) I think I’ve just described the least specific comedy show in the world. Basically it’s me doing a few accents and at the end everything explodes.”

“Ummmmmm… At the moment, neither? I don’t make any money from it so it’s not a career choice and I’m too anxious a performer to enjoy it as a calling. It’s more just something to do. Fill my summer. Tell my mum I’m busy so that she doesn’t think I’m sitting in my bed surrounded by pretzels watching film trailers on YouTube. I mean, I am still doing that, but I’m also squeezing a live show into to my tight schedule.”

“Mae Martin, Natasia Demetriou, Jamie Demtriou, Liam Williams, Sheeps, Oscar Jenkyn-Jones, and Claudia O’Doherty. None of them are particularly stand up-y stand up – apart from Mae and Liam – if you know what I mean, but they’re all very funny and should be on telly and are all really great people close to my heart and always in my thoughts.” 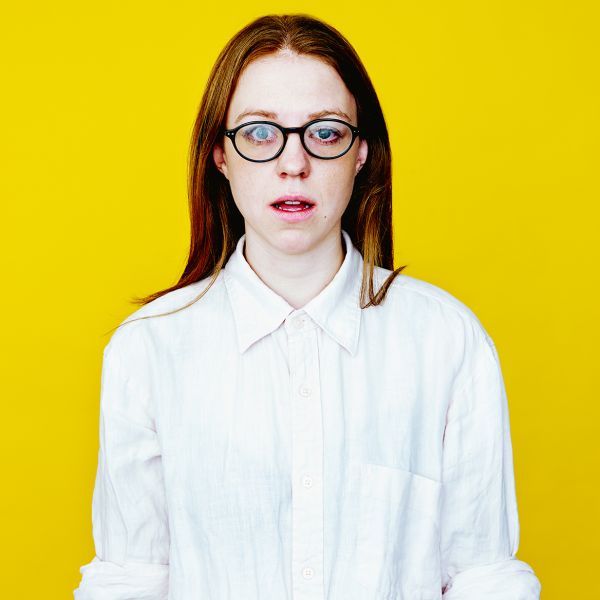